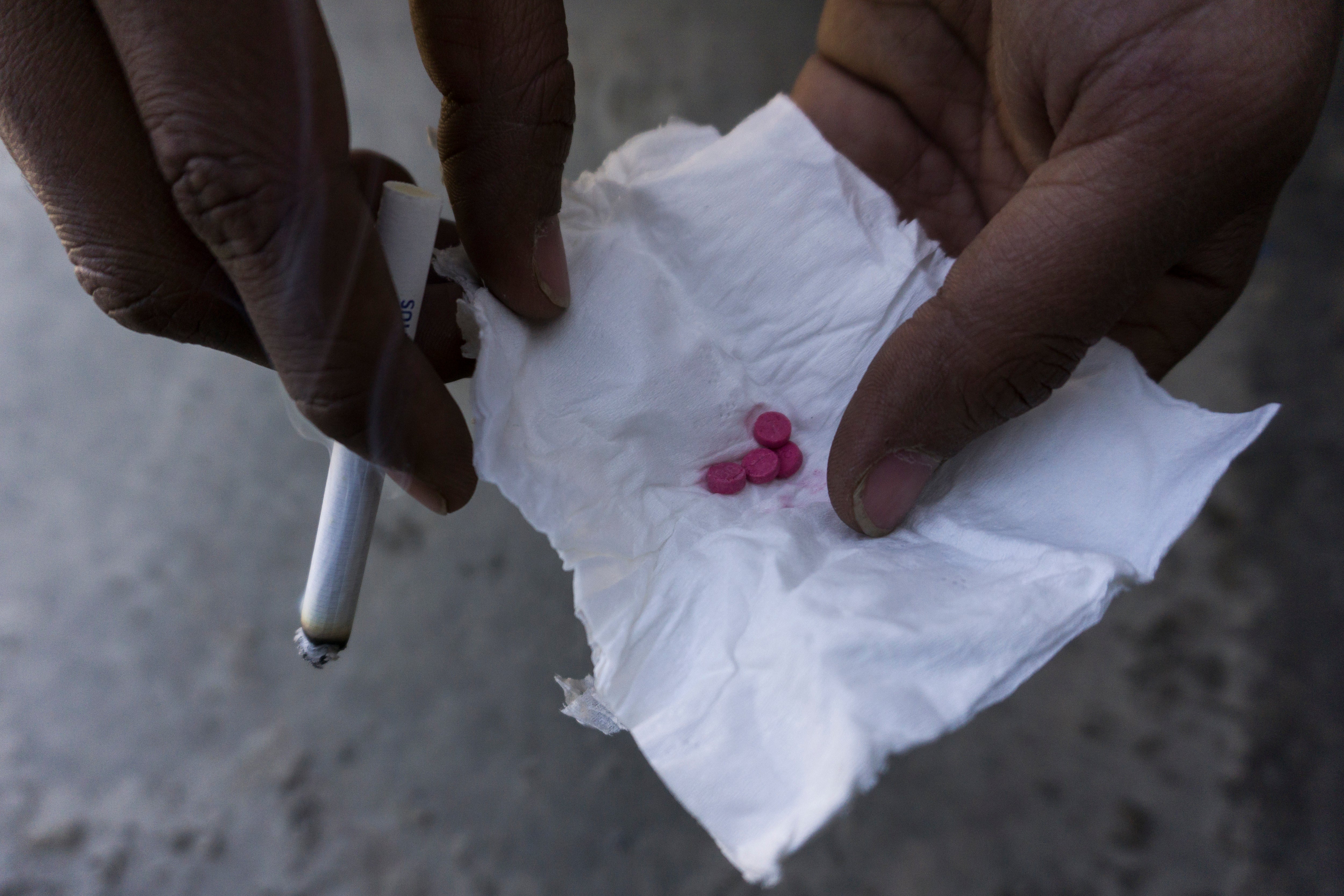 This photo taken on January 11, 2019 shows a drug user user holding low-grade crystal meth tablets, known in Southeast Asia as “yaba”, in Muse, Shan State, along Myanmar’s border with China. – Myanmar is the second-biggest producer of opium in the world after Afghanistan and is now believed to be the largest source of methamphetamine. (Photo by Ye Aung THU / AFP)

YANGON, Myanmar — Myanmar authorities seized more than 1,700 kilograms (3,750 pounds) of crystal meth worth nearly $29 million in a multi-state operation this week, the biggest haul of 2019 in a country widely believed to be the world’s largest methamphetamine producer.

High-grade crystal meth — or “ice” — is smuggled out of Myanmar via sophisticated networks to lucrative developed markets as far away as Japan, South Korea, and Australia.

Authorities have been nabbing larger hauls in recent months of ice and lower quality meth pills, known in the region as “yaba”, which experts say are produced in Myanmar’s conflict-ridden eastern Shan State.

This week’s operation started on March 24 when the Myanmar Navy stopped a boat with seven people onboard off the coast of Kawthaung Township — the southernmost tip of the country — and found 1,737 kilogrammes of ice, state-run newspaper Myanmar Alinn reported Saturday.

“It’s the biggest seizure this year,” an official from the National Drug Control Department told AFP on condition of anonymity because of the sensitivity of the case.

Using information gleaned from a satellite phone, a GPS navigator, and three mobile phones found onboard, authorities raided the house of the owner of the drugs in Yangon the next day, arresting his wife and confiscating seven bank books.

A truck driver in eastern Shan state believed to be transporting the drugs overland was arrested the same day, reported Myanmar Alinn, while authorities on Tuesday arrested the boat owner of the seized vessel in western Rakhine state.

But “the drugs owner is on the run now. We are still trying to get him,” said the National Drug Control Department official.

Myanmar’s multi-billion-dollar drug industry is believed to outstrip rivals in Latin America, and eastern Shan state is the epicenter of production where a network of local armed groups link up with transnational trafficking gangs.

Its poppy-covered hills also provide an ideal location for illicit meth labs, with a largely unchecked supply of precursor chemicals flooding in from China.

Accurate production figures are impossible to obtain, but experts say that large seizures have had no effect on drug prices — suggesting they are only a small proportion of the total.  /muf