Duterte signed Rio’s reappointment paper on March 25 but was released  to the media on Friday. 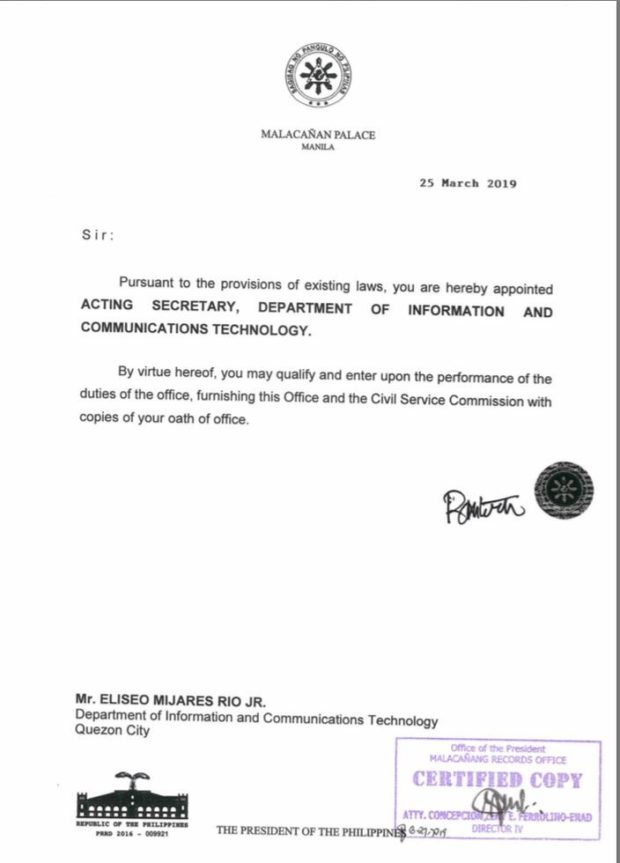 Rio has been the officer-in-charge (OIC) since secretary Rodolfo Salalima stepped down in September 2017.

Duterte appointed Sen. Gringo Honasan as DICT Secretary in November 20, 2018 but was effectively bypassed by the Commission on Appointments.

Congress adjourned on December 12, 2018 before Honasan was confirmed.