Palace on Ressa arrest: ‘She wants to be treated differently. That cannot be done’ 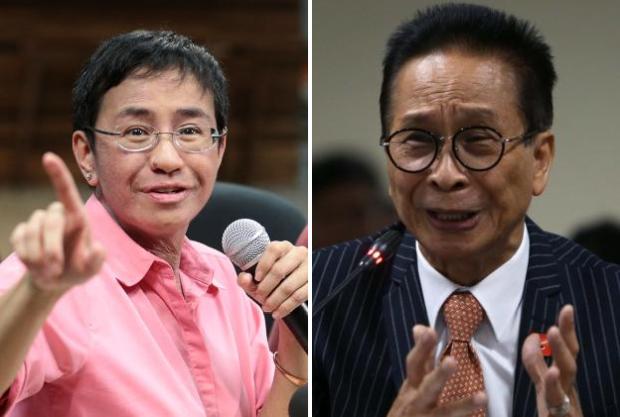 MANILA, Philippines – Rappler chief executive Maria Ressa should stop yakking about her arrest, Malacañang said Friday, asserting that due process was observed in her case.

Ressa was arrested earlier Friday at the Ninoy Aquino International Airport (Naia) shortly after arriving from San Francisco for alleged violation of the Anti-Dummy Law.

“She is complaining again that she is being arrested. All are equal before the law. She wants to be treated differently. That cannot be done,” Presidential Spokesperson Salvador Panelo said in a Palace briefing.

Panelo said “all warrants of arrest issued by competent courts are to be served the way it was served” to Ressa.

“[W]arrants of arrests are not issued unless the courts’ judges determine there is a probable cause, which means due process has been observed. So she cannot be complaining that this is again a violation of press freedom,” he pointed out.

The Palace official reiterated that “press freedom has nothing to do with the charges” against Ressa.

READ: Palace to Ressa: It’s not a press freedom issue; face the case

“She’s charged of a crime and there is a determination of probable cause hence a warrant of arrest has been issued. She should concentrate on defending herself in court. She cannot be always using the freedom of the press as an excuse to attack the administration,” he said.

Panelo, who is also the chief presidential legal counsel of President Rodrigo Duterte, also dismissed Ressa’s claim that her arrest was a violation of the Bill of Rights and the Constitution.

“How can it be a violation of Bill of Rights when she was charged? There was a preliminary investigation on that. And then probable cause was determined by the Office of the Prosecutor or the DOJ. And then information has been filed, and prior to an issuance of a warrant of arrest another determination by the judge handling the case will be made. And there is such a determination of probable cause. So due process has been observed,” he said. /kga