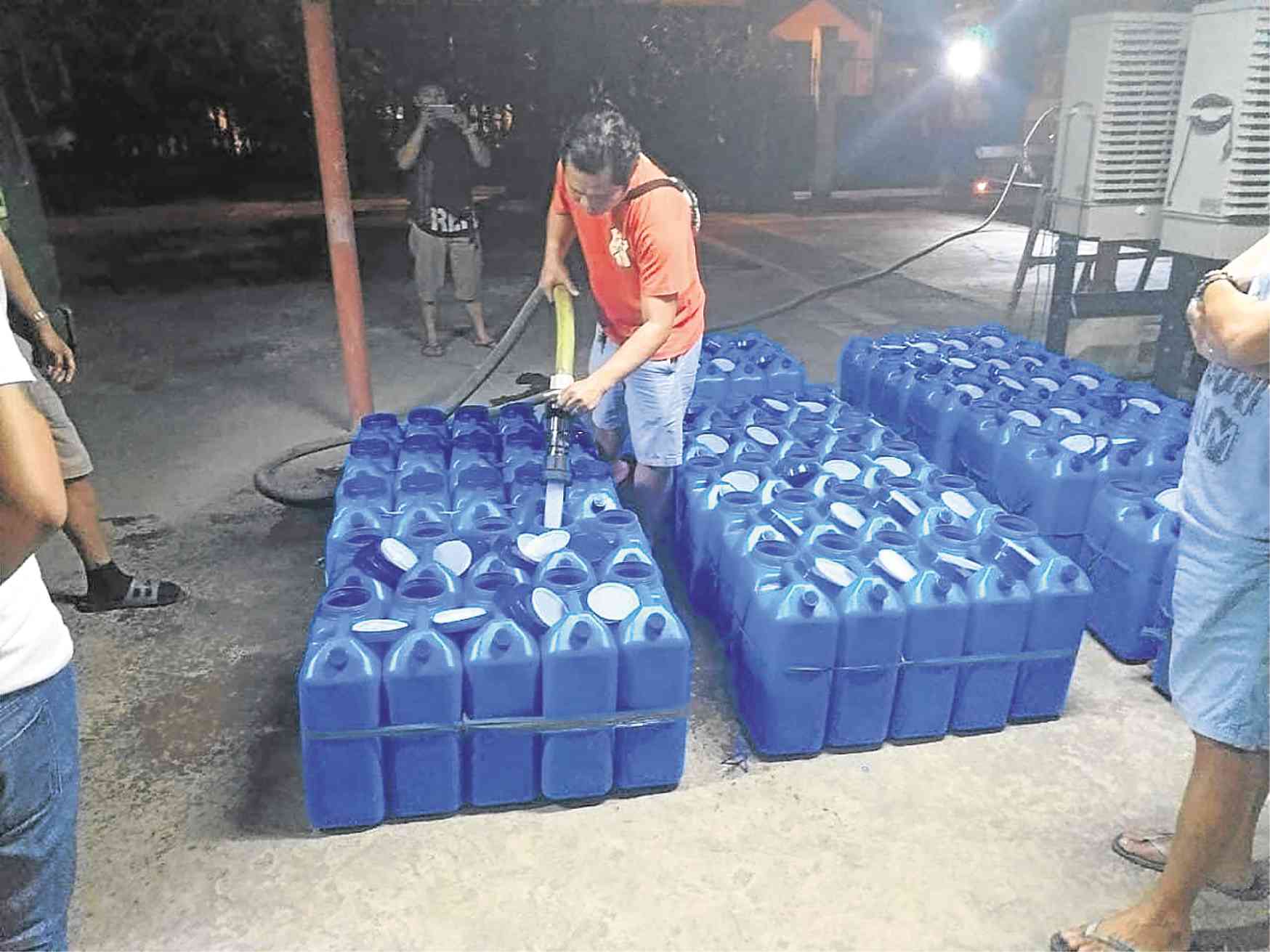 BOOKED AND FETCHED For three days, residents in some barangays in Marikina City—one of the areas hit by the water shortage that started early this month—have availed themselves of Grab services for the delivery of nonpotable water. —PHOTO COURTESY OF GRAB

MANILA, Philippines – As the effects of the weekslong water crisis are still felt in Metro Manila’s eastern districts, enterprising businesses like Grab have tapped an unexpected wellspring of potential customers: waterless residents.

Starting March 27, the ride-hailing company introduced a three-day water delivery service called Grab IGIB, in which customers in Marikina and two barangays in Quezon City can book vehicles to have water delivered to them.

Customers looking to slake their thirst, however, have to look elsewhere as the water Grab delivers is not potable.

They just have to book a car and enter the Marikina Grab IGIB Water Hub as pickup point and their location as drop-off.

The Grab IGIB app is found in Grab’s home feed, with location entered as drop-off point.

It is free of charge, with users paying only the cost of the ride, Grab said.

Only one blue container, which contains 19 liters of water, is allowed per booking. It can be bought for P100.