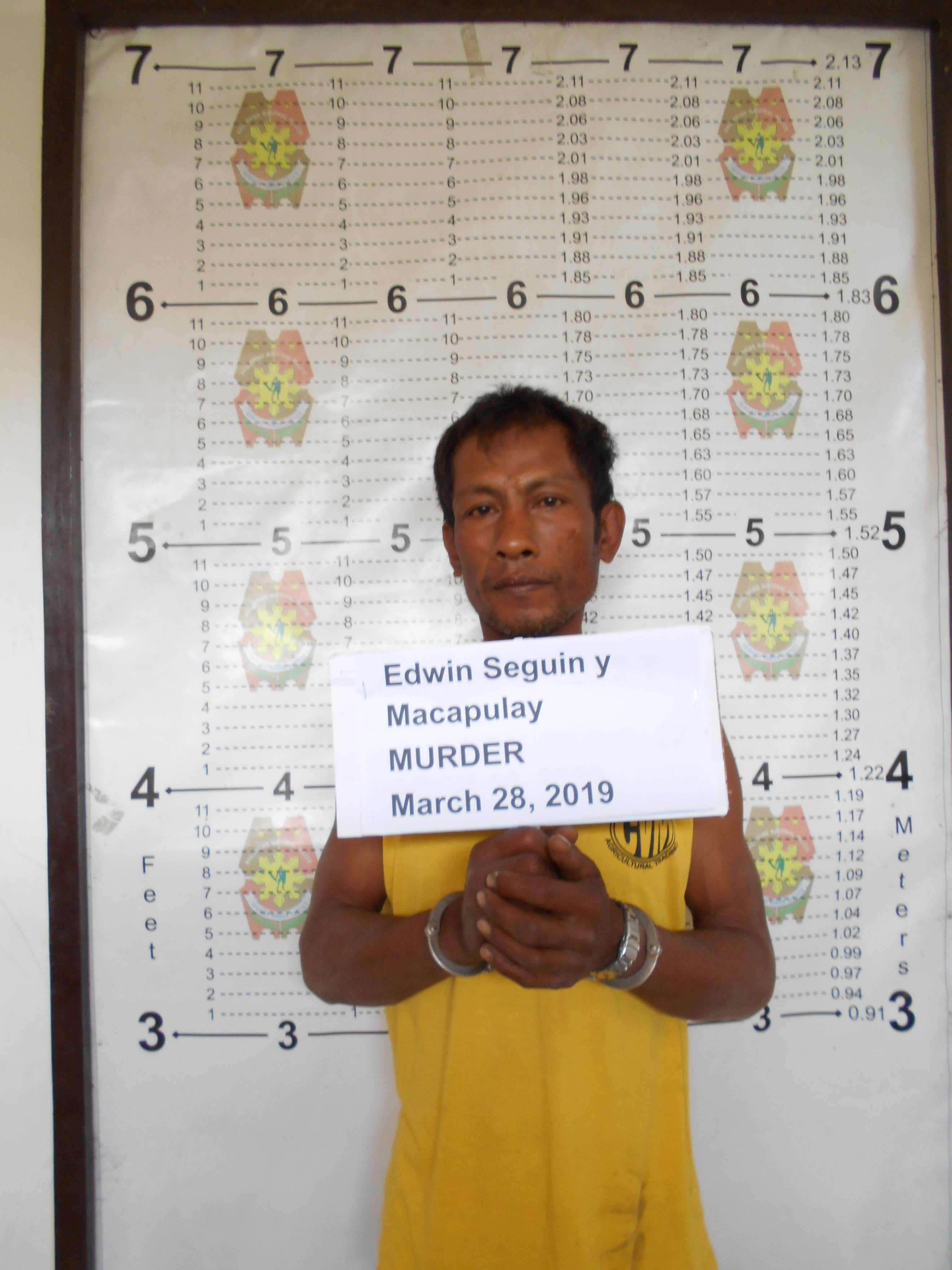 Photo attached. Suspect Edwin Sequin was arrested after his son confessed to police that his father hacked to death a farmer in Quezon, Isabela. (PNP-Quezon photo)

QUEZON, Isabela – Bothered by his conscience, a teenager had confessed to the police that his father had hacked to death a farmer, whose body was found at an irrigation canal here on Thursday.

Police said the fatality, Ramon Cuizon, 63, of Arellano village, had a drinking session with the suspected killer, Edwin Sequin, until late night on Wednesday.

Sequin and Cuizon argued over a past personal dispute, investigators said.

Edwin’s son Jerry admitted that he saw his father hacking Cuizon to death.

The elder Sequin had dragged Cuizon’s body into the irrigation canal to conceal the killing, police said.

The victim’s body was identified by a friend.

Police found the bolo used by Sequin, who was immediately indicted for murder.