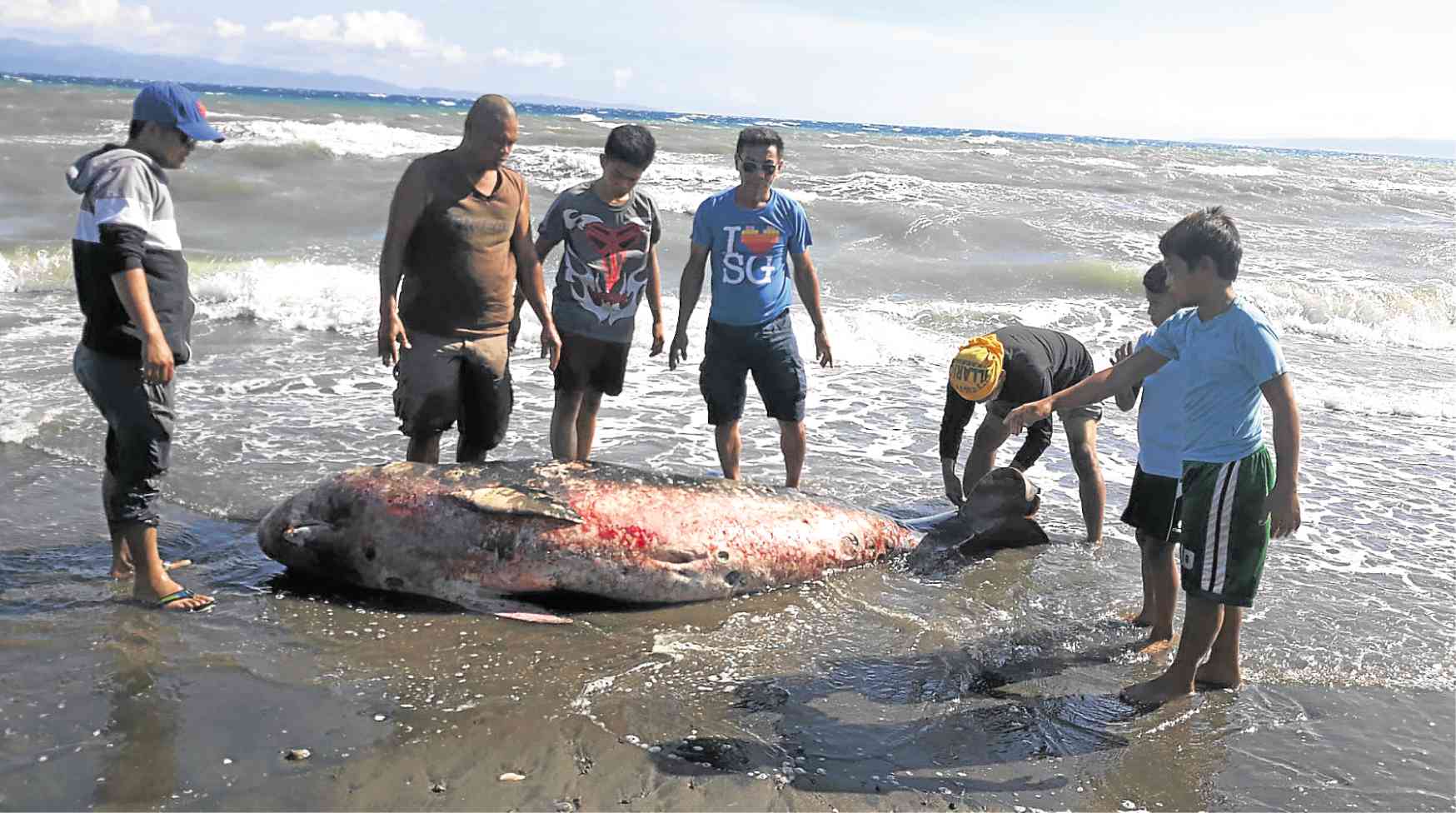 WHALE DEATH Environmentalists say the death of sea creatures, like this pygmy sperm whale found on the shore of Alabel, Sarangani, is linked to the health of the marine environment and behavior of people. —PHOTO COURTESY OF SARANGANI ENVIRONMENTAL CONSERVATION AND PROTECTION CENTER

GENERAL SANTOS CITY, Philippines — At least three endangered marine animals had been found dead on the shores of Sarangani this month, prompting local officials and environmentalists to raise the alarm on the need to protect the province’s waters.

“Any marine wildlife found dead is alarming since they reflect the health of the ecosystem and the behavior of human beings,” Mejorada told the Inquirer.

Mejorada cited the help of residents in reporting stranding cases and sightings of endangered marine species to the ECPC.

He said ECPC personnel did not perform necropsy because the 1.5-meter-long dugong was already decomposing when they arrived in the village on Saturday.

“The carcass was buried by residents. When the animal is already decomposing, it is difficult to perform necropsy … so we no longer do it,” Mejorada said.

Dugong, classified as critically endangered, grazes on sea grass beds and primarily depends on the health of the sea grass ecosystem.

The center, he said, could not find any information on how the dugong died. “It is too difficult to determine the cause of death and whether the dugong died in our area or somewhere else and was just brought here by sea current,” he said.

He said plastic cups, a candy wrapper, a plastic sheet and some pieces of a PVC pipe were found in the whale’s stomach.

“The two plastic cups were products of Indonesia. One crushed plastic cup impacted the opening of the intestine …” the report said.

Mejorada said the plastic trash might not be the sole cause of death but “it is very clear that our plastic trash gets into the stomach of any marine wildlife.”

“Finding these materials inside the stomach [of a sea creature] is very alarming,” he added.

On March 11, a male Olive Ridley turtle (Lepidochelys olivacea) was also found dead on the shores of Barangay Ladol, also in Alabel.

Examination conducted by  Mejorada showed the turtle had two deep cuts on the back portion of the neck and three cuts in the abdomen.

“These cuts seemed to be a few days old where two lacerations penetrated the esophagus. Necropsy revealed an empty gastrointestinal tract, indicating that the animal had not eaten for days,” Mejorada said.

He said the marine turtle could have been hit by a boat propeller and had been ill for days.

“It would be better to include in our campaign to educate our local fisherfolk to be watchful of any wildlife before starting their engines,” Mejorada said. —EDWIN O. FERNANDEZ