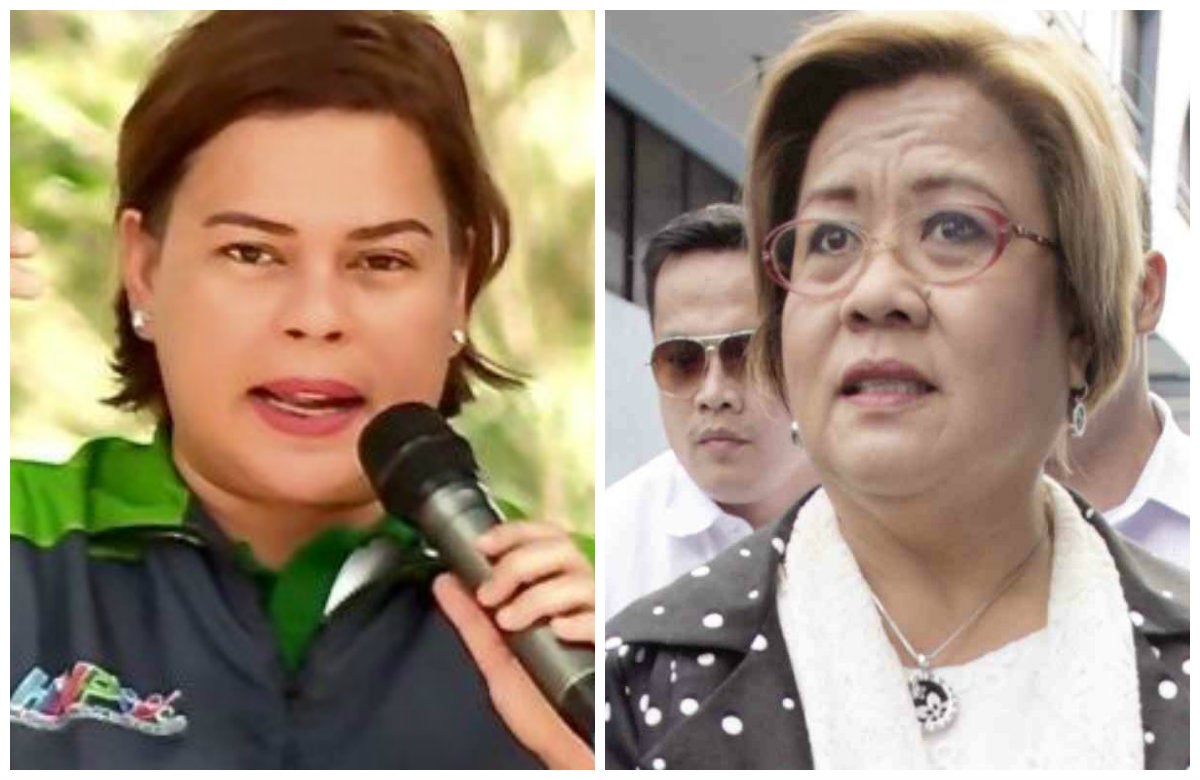 In an open letter shared by the city information office on social media, the presidential daughter slammed De Lima as the worst “because you are both intelligent and dumb in one head.”

“I thought it best to write a letter since you probably do not have access to a television. If I am an example of what is wrong and what could be worse for our government, you just described yourself as well,” she said.

Duterte-Carpio called the senator “dumb” for assailing her over the honesty issue “without reading the entire transcription of my statement and comprehending what I said.” She further pointed out that De Lima was the only one from the opposition “who said it right that it should be the voters who will have the say on what kind of candidates they will vote for.”

“Ang sabi ko, hindi ang opposition ang magsasabi kung ano dapat ang isang kandidato at hindi issue ang honesty dahil hindi ‘yan requirement para ka maging kandidato. Therefore, Black Hole candidates, who are themselves liars, should not attack a candidate in that manner. I used the same argument on the issue of a college degree or inclusion in the narco list,” she said.

Shen then suggested for De Lima to make a law adding honesty as a requirement for all Filipinos who wish to run for public office, taking a dig at the lawmaker’s alleged involvement in the illegal drugs trade.

“Maybe then you can save the government from yourself, Inday Sara, Leni, Digong, Panelo, Alejano, Hilbay, and the all the de Limas of the universe,” she said.

Sara Duterte: Honesty not an issue for Bong Go

‘Honesty’ non-issue in polls? Palace: No stand, but Sara has right to own view