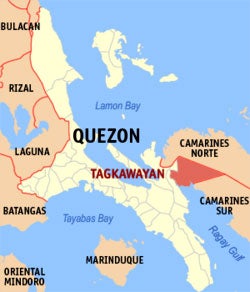 Police report said CJ Magbuhos on his motorcycle was negotiating a provincial road when he occupied the other lane and accidentally collided head on with an incoming tricycle driven by Fidel Waren Ricafort in Barangay (village) Bamban at about 8:30 p.m.

The motorcycle rider sustained grave injuries and was taken to Ma. L. Eleazar Memorial District Hospital at the town proper but died along the way.

Ricafort and his passenger along with two passengers of the ill-fated motorcycle, who were not identified by police, sustained injuries and were confined at the district hospital. /cbb

Read Next
19-year-old UST student who fought against cancer ‘to the max’ passes away
EDITORS' PICK
Climate Change Commission and Nestlé PH to discover sustainability-focused solutions
FDA reviewing COVID-19 vaccines’ EUA for booster shots
Biden vows to stand with Asia on freedom, hits at China on Taiwan
Legarda emphasizes role of ICC/IPs in nation building this IP month
Work-From-Home is here to stay and requires reliable logistics
NCR’s COVID-9 alert level may be downgraded from 3 to 2 soon — DOH
MOST READ
Drivers now required to take driver’s education upon license renewal – LTO
Gordon to Duterte: You? Teaching me courtesy?
Marcos Jr’s ‘special diploma’ from Oxford: You can have it, too
Can Marcos Jr. be disqualified?
Don't miss out on the latest news and information.