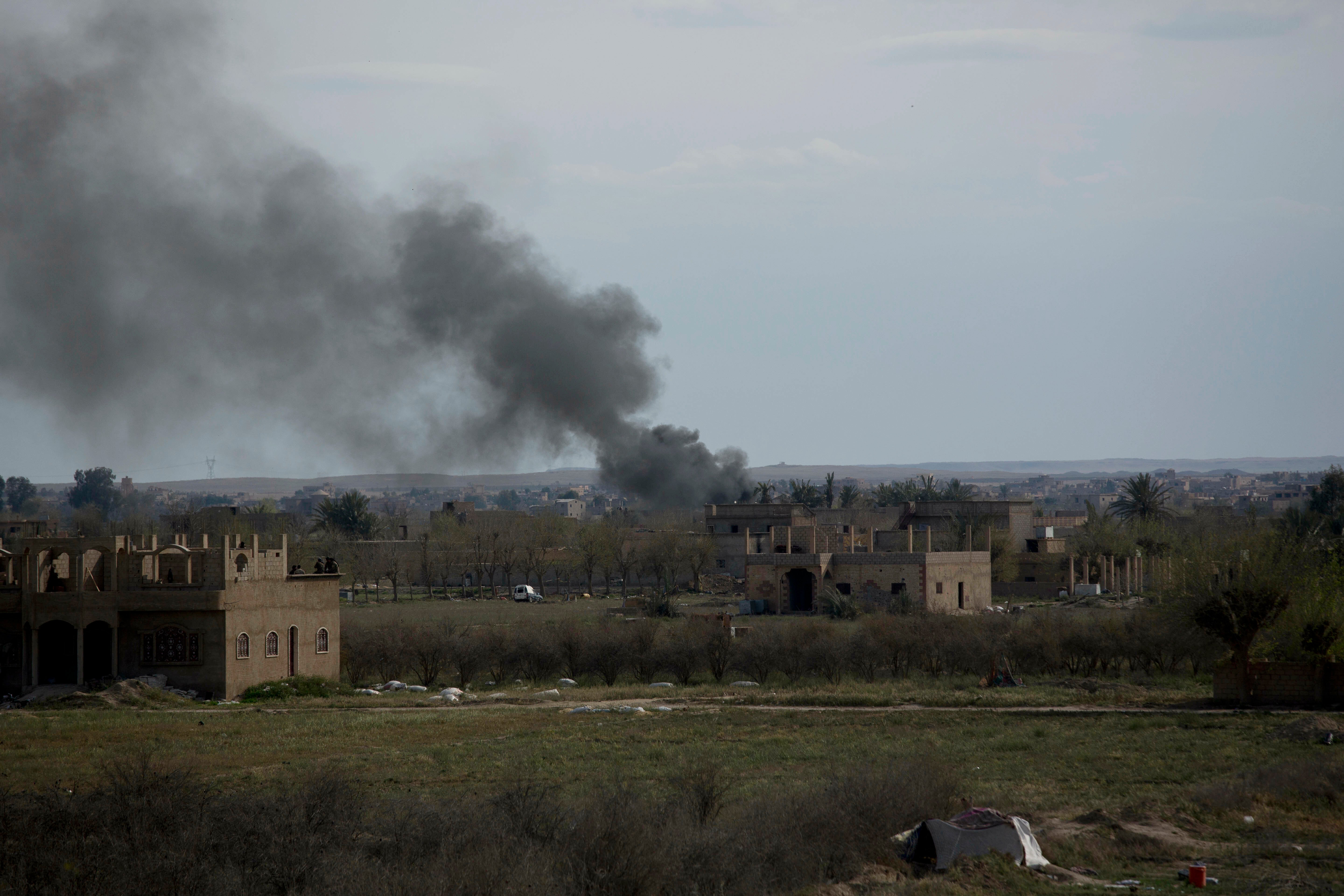 Smoke rises from a strike on Baghouz, Syria, on the Islamic State group’s last piece of territory on Friday, March 22, 2019. (AP Photo/Maya Alleruzzo)

BAGHOUZ, Syria  — A U.S.-backed Syrian force said Saturday that it has liberated the last area held by the Islamic State group in the eastern Syrian village of Baghouz, declaring victory over the extremists and the end of their self-declared caliphate.

Mustafa Bali, a spokesman for the Syrian Democratic Forces, tweeted that “Baghouz is free and the military victory against Daesh has been achieved,” referring to the group by its Arabic acronym.

Bali said the so-called caliphate, which once sprawled across much of Syria and neighboring Iraq, is gone, and pledged to continue the fight against remnants of the extremist group until

they are completely eradicated.

The announcement marks the end of a 4 ½-year campaign by an array of forces against the extremist group, which at its height in 2014 ruled an area the size of the United Kingdom, including several major cities and towns.

The group no longer controls any territory in Syria or Iraq, but continues to carry out insurgent attacks in both countries. It also maintains affiliates in Egypt’s Sinai Peninsula, Afghanistan and elsewhere.  /muf