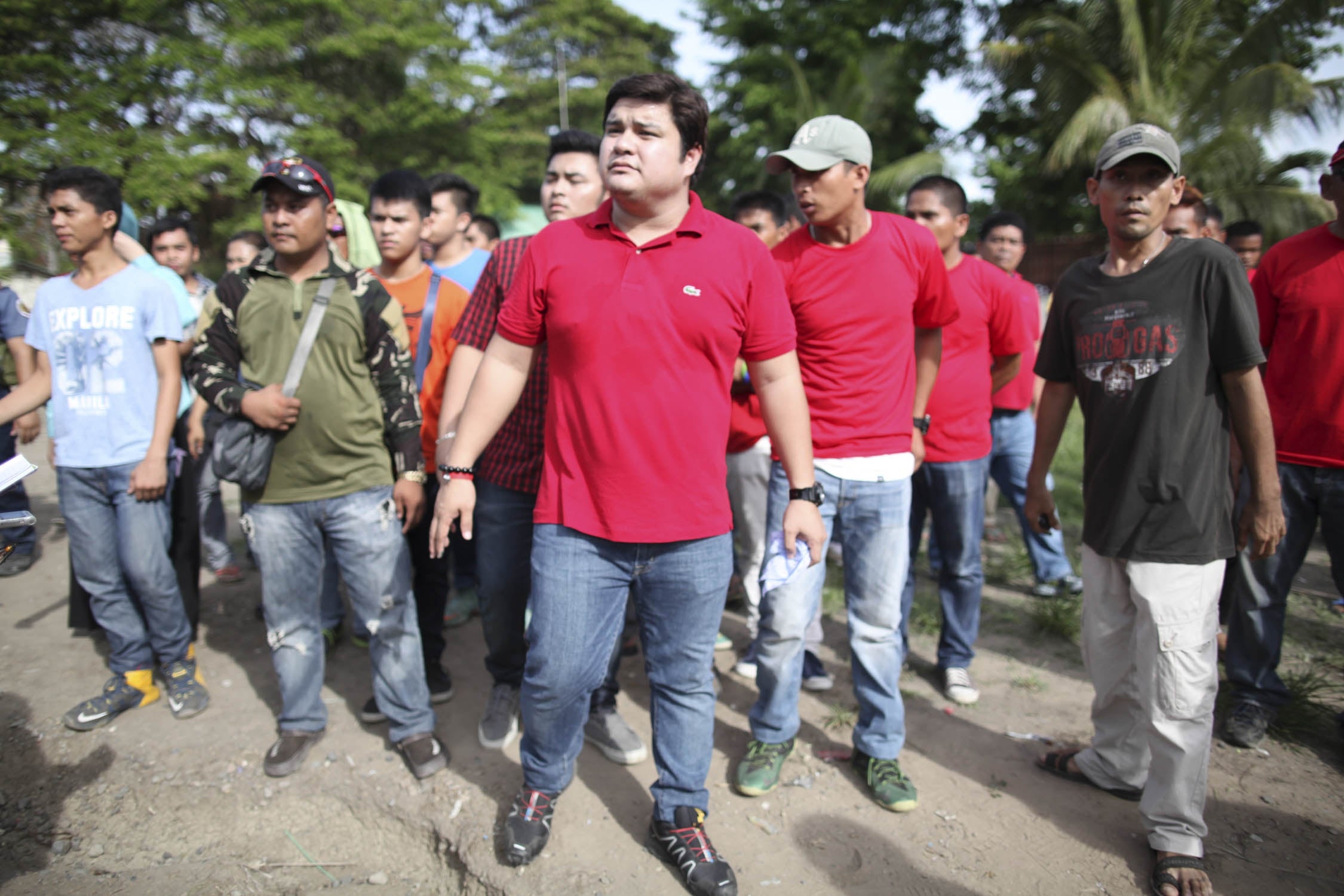 Former Maguindanao governor Sajid Islam Ampatuan was found guilty of 63 counts of falsification of public documents, one count of graft and one count of malversation in connection with the ghost purchase of P38.12 million worth of construction materials in 2009.

In a decision promulgated in open court in the Sandiganbayan’s Fourth Division, the anti-graft court sentenced Ampatuan to a prison term of six months and one day to eight years for each count of falsification, eight to 12 years in prison for graft and reclusion perpetua or 40 years imprisonment for malversation.

The former governor was, however, acquitted of 10 counts of falsification.

Ampatuan and Abpi were ordered to pay a P35-million fine, the equivalent of the amount that they had malversed. Both were also perpetually disqualified from holding public office.

But the anti-graft court said that Ampatuan may still appeal the sentence and post a P1.58-million bail bond for his provisional liberty while he challenges the decision.

Not supported by evidence

“Accused Ampatuan’s assertion of good faith is not supported by the weight of the evidence on record. The irregularities enumerated … are enough to convince the court that the accused’s acts were deliberate and planned,” read the 36-page decision penned by Associate Justice Bayani Jacinto and concurred in by Associate Justices Alex Quiroz and Reynaldo Cruz.

Ampatuan’s case stems from the purchase of construction materials from a supplier that was “fictitious and/or nonexistent,” according to the prosecution.

In May 2017, the Ombudsman filed 75 cases of corruption against Ampatuan and other provincial officials in connection with alleged ghost projects in Maguindanao.

Based on the information charge sheet submitted by the Office of the Ombudsman, Ampatuan and his co-accused claimed to have purchased  lumber and other construction materials for the repair of a school building in Maguindanao from Abo Lumberyard and Construction Supply.

Ampatuan and other Maguindanao officials were charged with fabricating 73 disbursement vouchers to pocket provincial funds from May to September 2009. Four of the vouchers were not numbered or dated, the Ombudsman said.

More than 150 cases were filed against Ampatuan in April 2017, all involving the release of millions of pesos of provincial funds for nonexistent projects.

Sajid Ampatuan is one of the suspects in the November 2009 Maguindanao massacre, in which 58 people were murdered, including members of a rival political clan and 32 journalists.

He is the son of the late Datu Andal Ampatuan Sr., the former Maguindanao governor and alleged mastermind of the Maguindanao massacre.

The massacre on the morning of Nov. 23, 2009, involved a group of media workers who had accompanied the family of Esmael Mangudadatu, a rival of the Ampatuans, to witness the filing of his election papers for the gubernatorial election in Maguindanao.

But the media convoy was attacked by some 100 armed men identified with the Ampatuan clan, who killed and attempted to bury the members of the Mangudadatu party.

Ampatuan Sr. died on July 17, 2015, after being confined at the National Kidney and Transplant Institute in Quezon City.

Sajid was released from jail in March 2015 after posting a total of P11.6 million for 58 counts of murder in connection with the Maguindanao massacre. —WITH A REPORT FROM INQUIRER RESEARCH