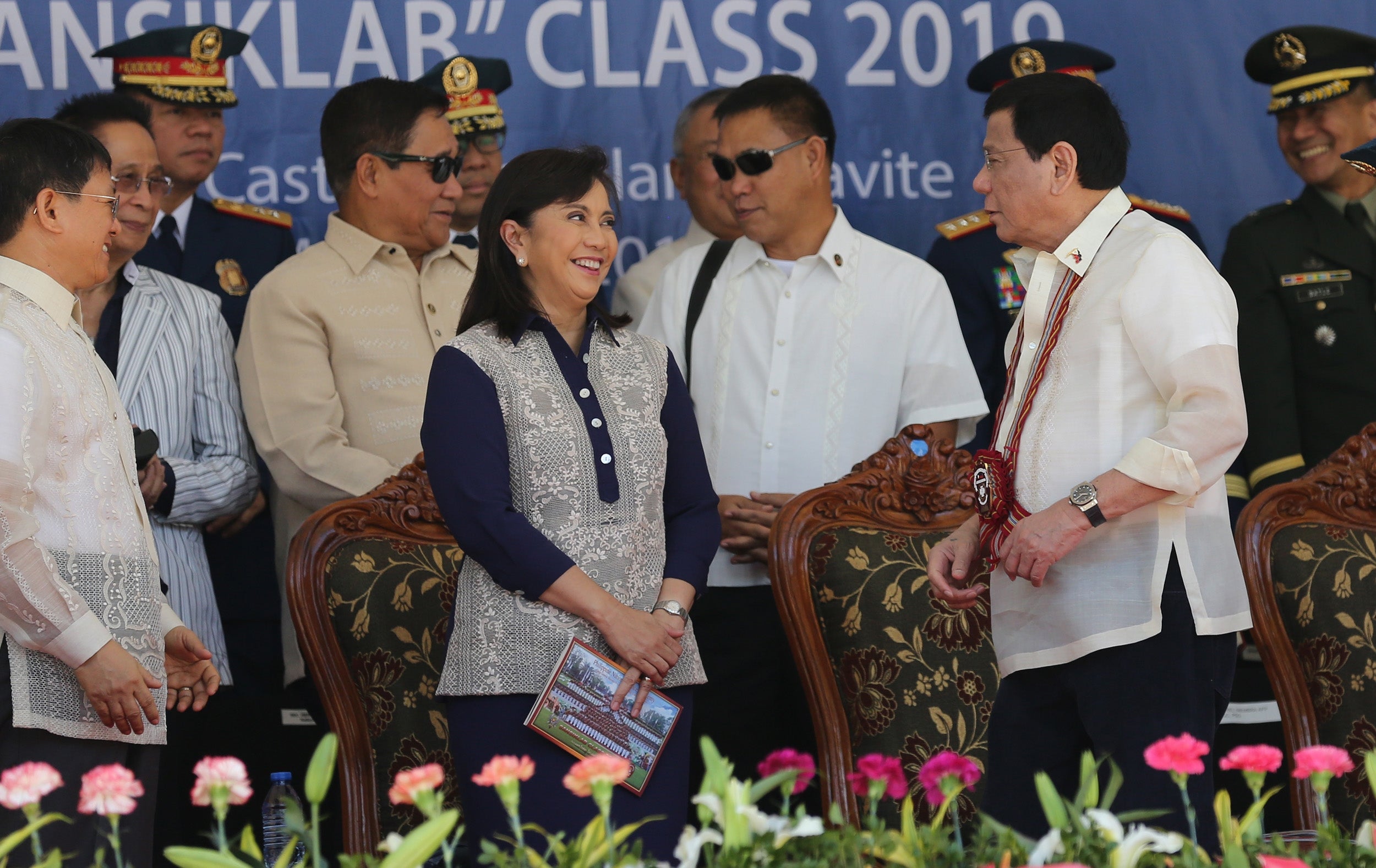 Camp Mariano N. Castañeda, Silang, Cavite—President Duterte has dared the country’s newest batch of police commissioned officers to be the “greatest version” of themselves and not to rely on power and fame to succeed in their careers.

The President issued the challenge in his speech before the 201 members of the Philippine National Police Academy’s (PNPA) Sansiklab Class of 2019 during the PNPA’s 40th graduation rites here on Friday morning.

“Your goal must now be to serve and protect our people and country to the best of your ability,” the President said.

He added: “Excel in your chosen pursuits, lend your abilities to all our communities and stand by your principles at all costs. Never be deceived by power nor by fame. What is important is your honor, for it is your badge towards genuine success.”

Of the Top 10 graduates, led by valedictorian Jervis Allen Ramos, six were women.

In his brief speech, the President called on the newly minted commissioned officers with the rank of inspector to support and contribute to the administration’s campaign against illegal drugs, terrorism and corruption.

“Now, more than ever, the Philippines needs optimistic and brave men and women like you who have the qualities to be effective and efficient public servants,” he said.

Graduates of the PNPA are commissioned as inspectors in the Philippine National Police (PNP), the Bureau of Jail Management and Penology (BJMP), and the Bureau of Fire Protection (BFP).

Duterte reminded the new officers to bring with them “the principles of integrity and loyalty as well as the values of patriotism and compassion that your alma mater has instilled in you.”

“These will serve as your guideposts as you perform your duty to our people and nation,” he stressed.

The President also assured the public that the national government would continue to support the PNP, the BJMP and the BFP through programs that would improve the capacity, uplift the morale and ensure the well-being of their families.

He added that he was looking forward to working with them in building “a safer, more peaceful and more progressive nation for all Filipinos.”

“I trust that with rigid training you received from the academy, you are now ready to face all the challenges that may come your way as you heed the call of duty,” Duterte said.

He reminded them to look to Ramos, their class valedictorian and a poor boy from Tondo, Manila, who emerged as this year’s top graduate.

“May it always remind you that amidst all the adversities and obstacles of life, nothing is impossible as long as you keep your eye on your goals,” the President said.