3 cops in slay of mayor’s son turn selves in 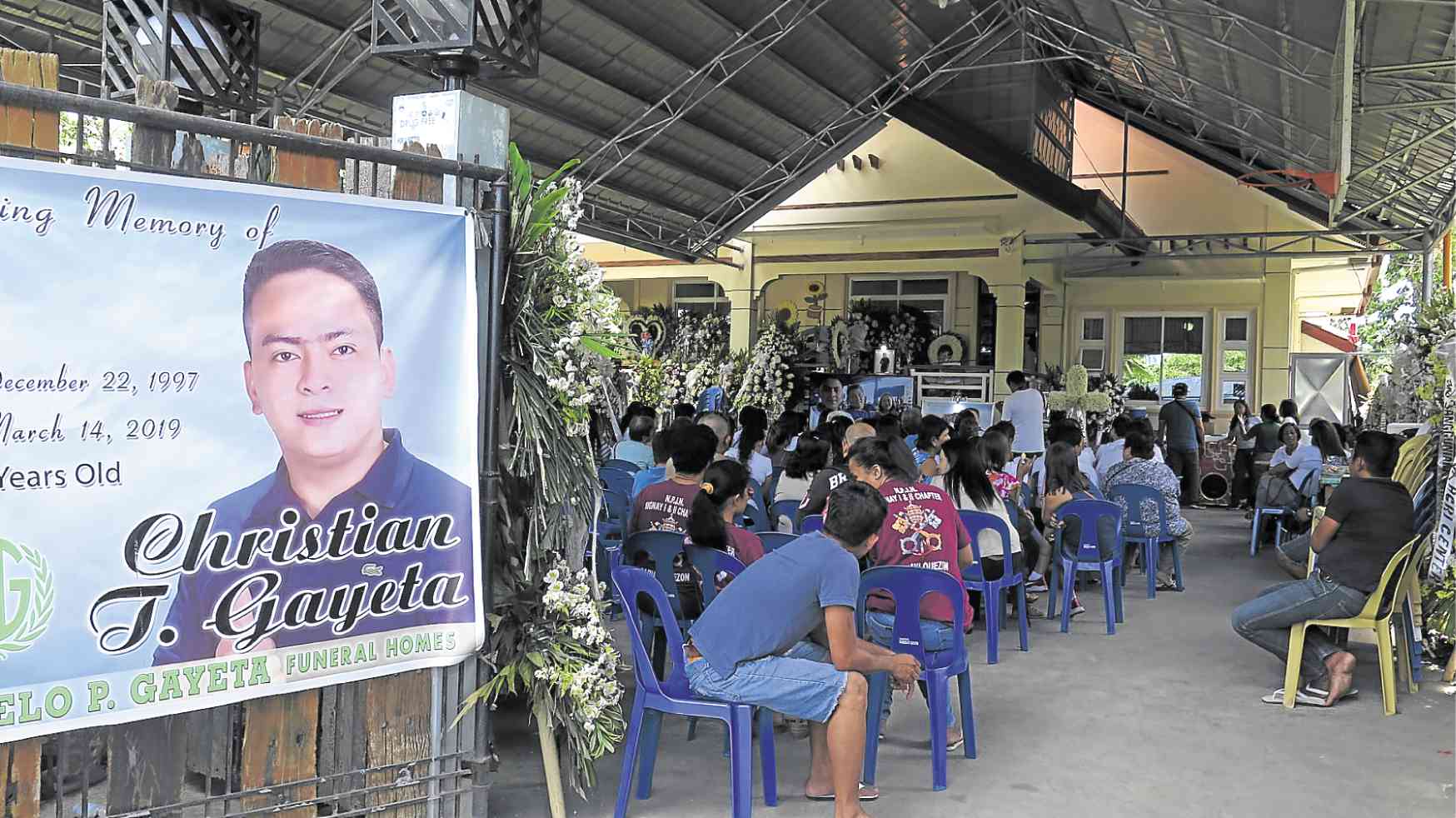 LUCENA CITY — The suspects in the killing of the son of Sariaya, Quezon, Mayor Marcelo Gayeta and his companion surrendered to police on Friday morning.

“I can now heave a sigh of relief,” said Gayeta in a phone interview.

The three policemen were among the principal suspects in the killing of Christian Gayeta and Christopher Manalo in an alleged gunfight with policemen in Tayabas City on March 14, according to a police report.

But an NBI investigation, which was requested by the Gayeta family, found that the victims were not killed in a clash but were executed by the policemen.

Villanueva said the NBI had the testimony of four policemen involved in the killing.

On Monday, Laygo and three other Tayabas policemen were relieved from their posts.

But Laygo failed to report to the provincial headquarters after his relief.