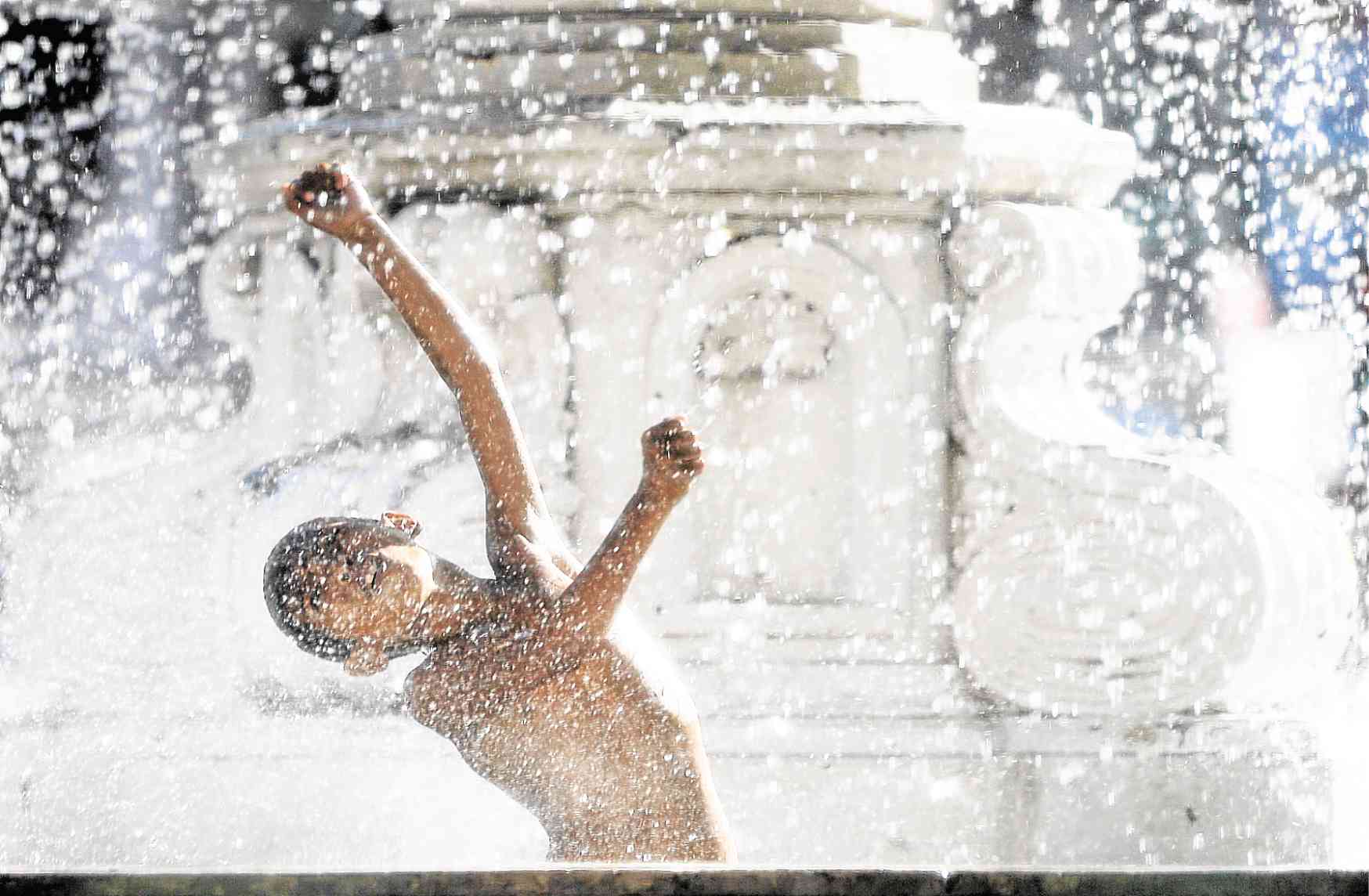 UNTIL SUPPLY LASTS A boy frolics in the spray from a fountain at San Lorenzo Ruiz Plaza in Binondo, Manila, on the eve of World Water Day, which advocates sustainable use of freshwater resources. —EDWIN BACASMAS

Billions of people worldwide still lack access to safe and affordable drinking water and sanitation facilities, a basic human right, no thanks to social exclusion and inequality, according to the United Nations.

In the World Water Development Report 2019 released prior to Friday’s observance of World Water Day, the UN said that if exclusion and inequality were not dealt with, efforts to provide water and sanitation would fail to reach those most in need.

It said people were being left behind for reasons related to issues like gender, ethnicity, culture and socioeconomic status.

“Exclusion, discrimination, entrenched power asymmetries, poverty and material inequalities are among the main obstacles to fulfilling the human rights to water and sanitation and achieving the water-related goals of the 2030 Agenda for Sustainable Development.”

“While the wealthy generally receive high levels of service at low prices, the poor often pay a much higher price for services of similar, or lesser quality,” said Stefan Uhlenbrook, coordinator of the World Water Assessment Program which prepared the report.

“It is insane that often in slum areas, people have to pay more for a volume of water than people living in better-off neighborhoods,” Uhlenbrook said in a statement.

He said slum dwellers were paying as much as 20 percent more for not having piped-in access to water and sanitation and instead depend on water vendors, kiosks and similar alternative sources.

It makes good economic sense to invest in water supply and sanitation in general, and for the vulnerable and disadvantaged in particular, the report said.

“Evidence suggests that the return on investment in water supply and sanitation services can be considerably high, especially when broader macroeconomic benefits are taken into account,” it said. “Although the support of the international donor community will remain critical in the developing world, it will remain incumbent upon national governments to dramatically increase investments.” 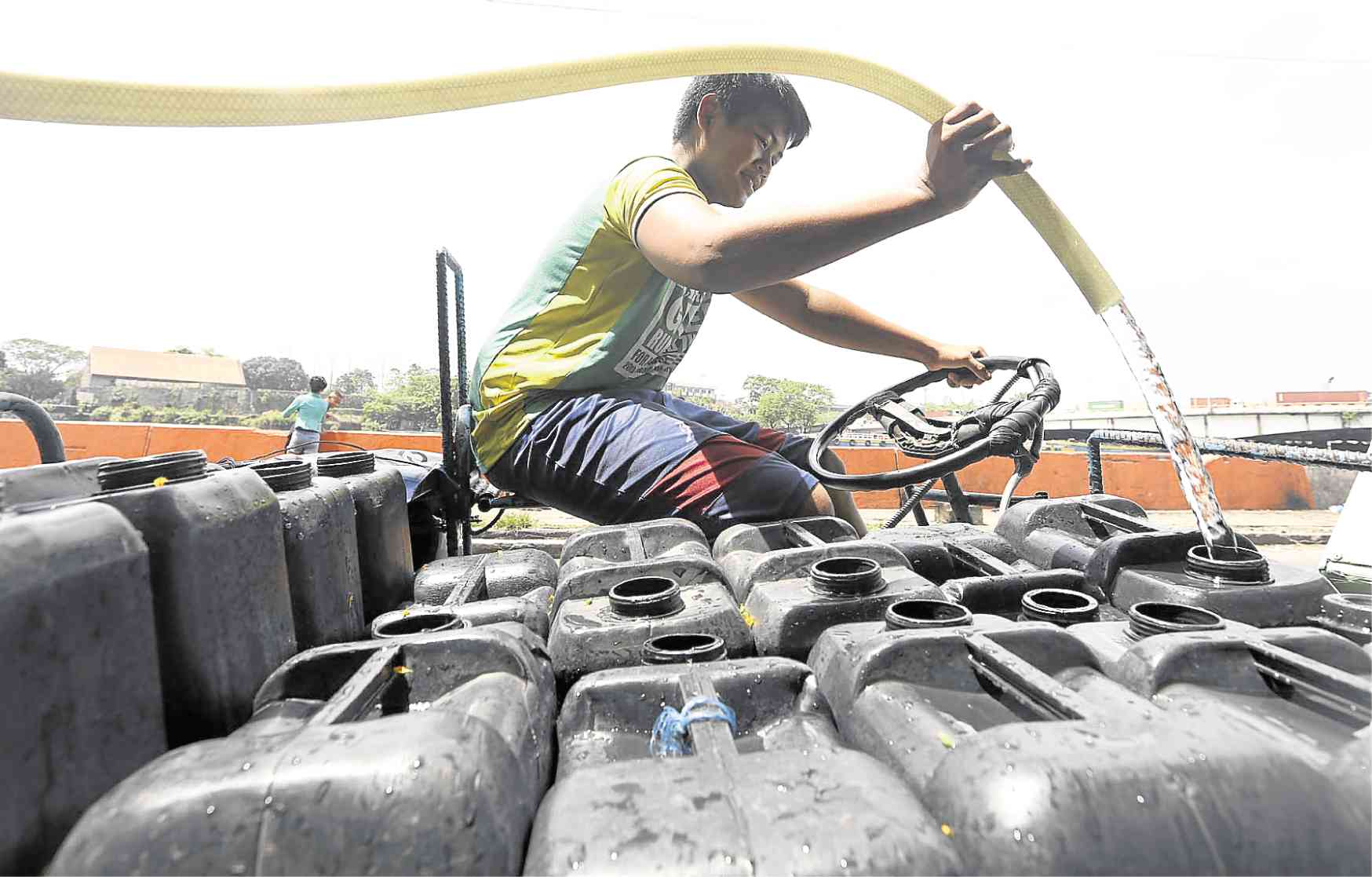 Philippines’ goal: Water for all

In the Philippines, the National Economic and Development Authority (Neda) said the country would need investments of about P1 trillion over the next 12 years, to be able to meet the goal of water for all by 2030.

Assistant Neda Secretary Roderick Peralta said the bulk of the package, at P734 billion, would have to be invested over the next four years.

Programs tailored to specific target groups help ensure that affordable water supply and sanitation services are available to all, the UN said.

“While larger centralized water and sanitation systems provide opportunities for resource-sharing and economies of scale in high-density urban communities, less costly decentralized systems have been shown to be successful in smaller urban settlements,” the UN said.

It noted that one of the factors behind the problem was rapid urbanization.

The report also showed that while the Philippines was among the majority of countries worldwide where at least 90 percent of the population enjoyed “basic drinking water services,” it was also among the worst-situated minority where less than half of the population have access to “basic sanitation services.”

The Philippine situation in terms of water supply and sanitation worsens when natural calamities hit, throwing down more people below the poverty threshold and further limiting their access to water and sanitation services.

An example cited was the aftermath of Supertyphoon “Yolanda” (international name: Haiyan) in 2013 when 23.6 percent of the “near poor”—or those living on between $1.90 and $3.10 per day—fell into poverty.