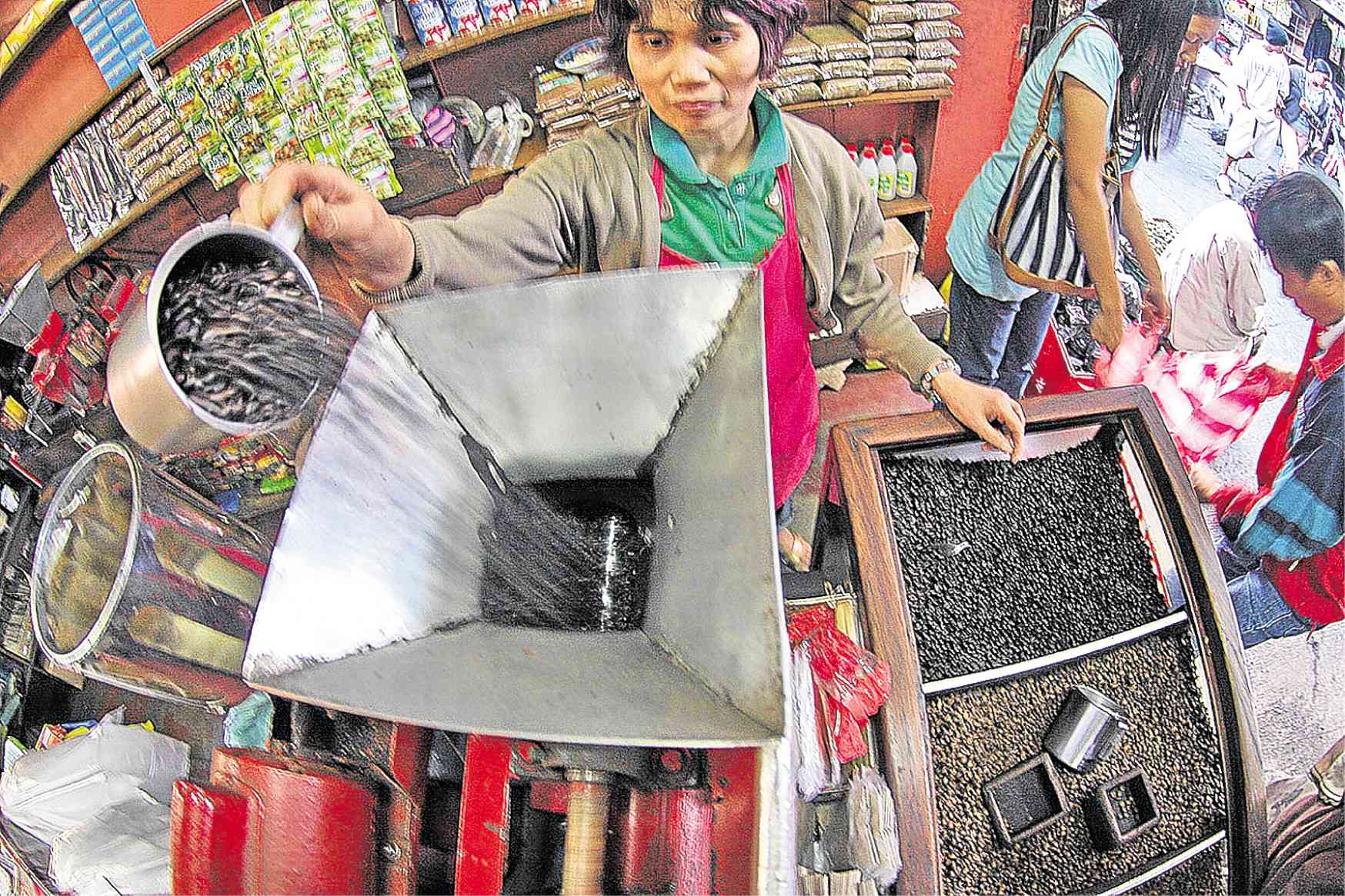 BAGUIO CITY — The government is launching the franchise for public specialty coffee shops that showcase Philippine coffee beans to help build a market for the struggling beans industry.

Trade Secretary Ramon Lopez on Wednesday launched the prototype “KAPEtirya” as model for as many as 1,000 coffee lounges or kiosks that would promote Benguet arabica, Batangas “barako” and other coffee beans often taken for granted.

Lopez described KAPEtirya as a marketing platform for the commodity, as well as a venue for alleviating poverty in the Cordillera and other regions where organic coffee is grown.

According to him, the developing taste of the middle class for brewed coffee can be exploited to lure new buyers of homegrown arabica and robusta coffee.

Lopez said the establishment of 15,000 coffee shops in the country had emboldened the government to proceed with the KAPEtirya model.

At present, coffee growers generate only 10 percent of the country’s demand due to aging coffee trees and a gradual shift from coffee to high-value crops.

Aside from being the top consumers of soluble coffee, Filipinos ranked fifth among coffee drinkers in the world, a fact that Lopez said had surprised him.

Filipinos consume coffee at a volume equivalent to 4.7 million bags of coffee at 60 kilograms per bag, but local farmers produce only 475,000 bags every year, according to the Agricultural Training Institute of the Department of Agriculture.

The Department of Trade and Industry (DTI) wants local organic beans to show their “geographic origins” to add value to coffee to be sold and promoted by KAPEtirya.

Benguet arabica, grown in Atok town, was judged the best variety of java during the 2018 Philippine Coffee Quality Competition, which, Lopez said, should help draw more buyers here and abroad.

“Coffee kiosks promoting Filipino coffee beans used to be promoted in trade fairs, but these disappeared once the events were done,” he said. The DTI designed KAPEtirya as coffee shops that would be replicated all over the country, he added.

“The government owns the concept, but the franchise would be led by the private sector, making it a public-private partnership in alleviating poverty,” Lopez said.