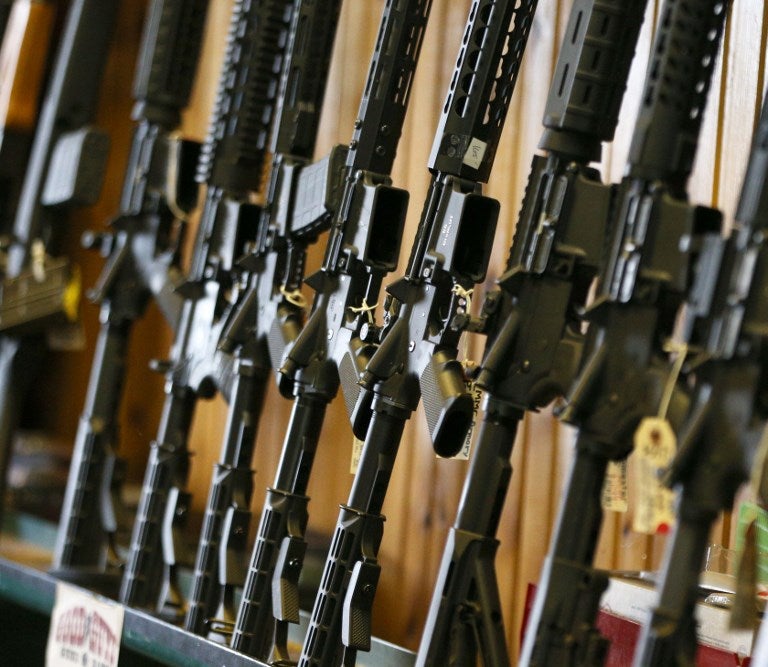 Semi-automatic AR-15’s are for sale at Good Guys Guns & Range on February 15, 2018, in Orem, Utah. New Zealand Prime Minister Jacinda Ardern announced an immediate ban on the sale of assault rifles and semi-automatics Thursday, March 21, 2019, in a muscular response to the Christchurch terror attack that killed 50 people. AFP

“Today, I am announcing that New Zealand will ban all military-style semi-automatic weapons. We will also ban all assault rifles,” Ardern said, while announcing interim measures that will stop a rush of purchases before legislation is enacted.

“The effect of this will mean that no one will be able to buy these weapons without a permit to procure from the police. I can assure people that there is no point in applying for such a permit,” she said.

She added that high capacity magazines and devices similar to bump stocks — which make rifles fire faster — will also be banned.

“In short, every semi-automatic weapon used in the terrorist attack on Friday will be banned in this country,” she said.

For the guns that are still out there, Ardern announced a buyback scheme that will cost between Nz$100 million and $200 million (between US$69 million and $139 million), depending on the number of weapons received.

To “the current owners of the weapons we have moved to ban, I acknowledge that many of you will have acted within the law,” Ardern said.

“In recognition of that and to incentivize their return, we will be establishing a buyback scheme.”

Anyone who keeps the guns after an amnesty period will face fines of up to $4,000 and three years’ in jail.

Ardern brushed aside suggestions of opposition to the ban.

“The vast majority of New Zealanders will support this change. I feel incredibly confident of that,” she said. /cbb