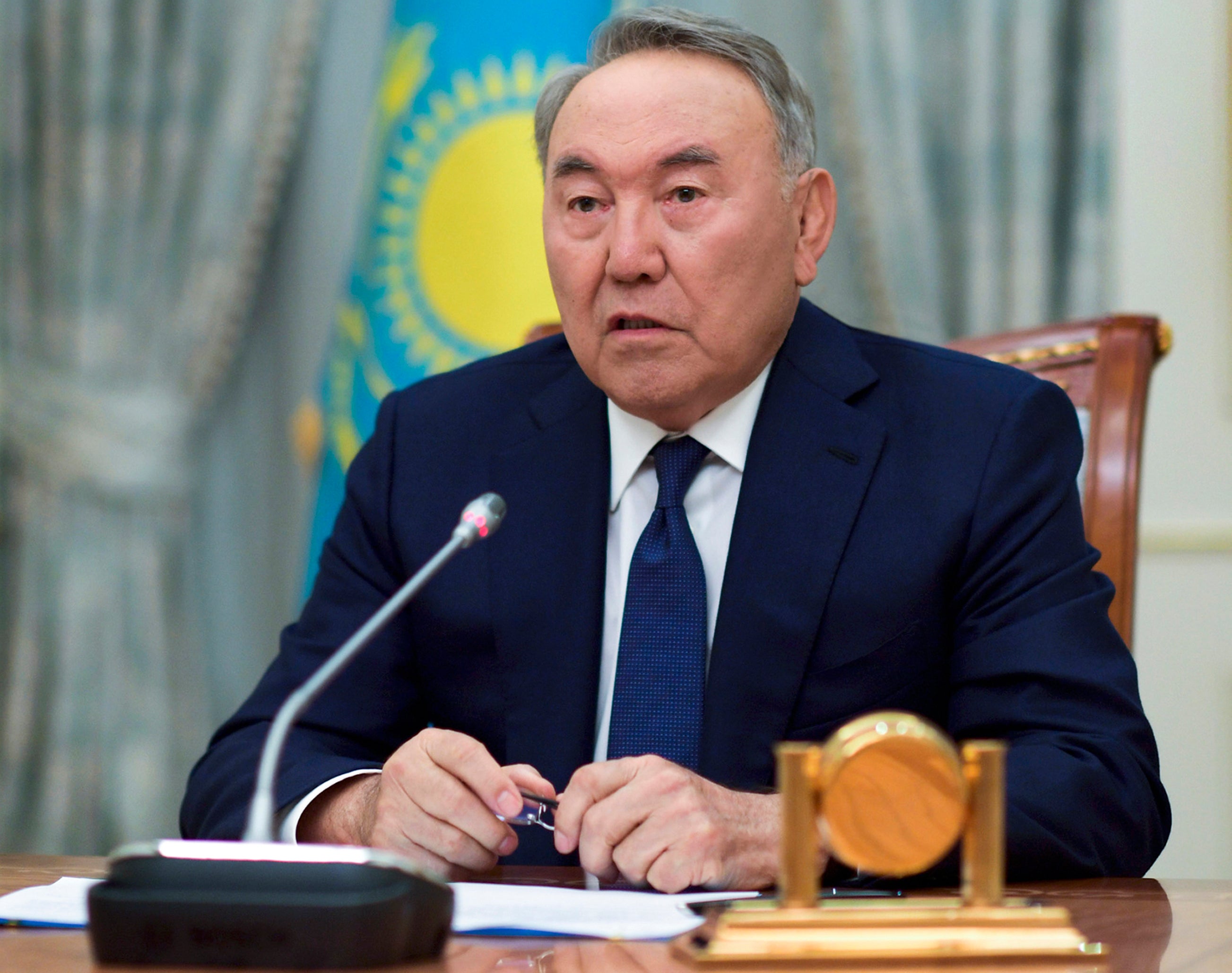 Kazakh President Nursultan Nazarbayev speaks during a televised address to the oil-rich nation in Astana, Kazakhstan, Tuesday, March 19, 2019. President Nursultan Nazarbayev, the only leader that independent Kazakhstan has ever known, abruptly announced his resignation Tuesday after three decades in power, raising uncertainty over the future course of the Central Asian country. (Kazakhstan’s Presidential Press Service via AP)

MOSCOW — The speaker of Kazakhstan’s parliament was sworn as interim president on Wednesday, a day after longtime leader Nursultan Nazarbayev abruptly resigned.

Nazarbayev surprised many by announcing in a televised address Tuesday that he would step down after nearly 30 years in office, making Kassym-Jomart Tokayev only the second president in the country’s independent history.

The 78-year-old Nazarbayev attended Tokayev’s inauguration Wednesday, entering to lengthy applause from assembled dignitaries before taking a seat on a podium behind the lectern where Tokayev gave an address.

Tokayev in his speech praised Nazarbayev as “an outstanding reformer” who is widely expected to continue to wield influence as chairman of the security council and head of the ruling party.

Nazarbayev took the helm in Kazakhstan as its Communist Party chief of the republic in 1989 when it was part of the Soviet Union, and he was first elected its president weeks before the 1991 Soviet collapse gave the country its independence.

He has been widely praised for maintaining stability and ethnic peace in Kazakhstan, a large, oil-rich nation south of Russia and west of China. Even though he has faced criticism for marginalizing the political opposition and creating what is effectively a one-party state, the political regime that Nazarbayev has built is more liberal than those in the de-facto dictatorships in the neighboring Central Asian countries. /kga