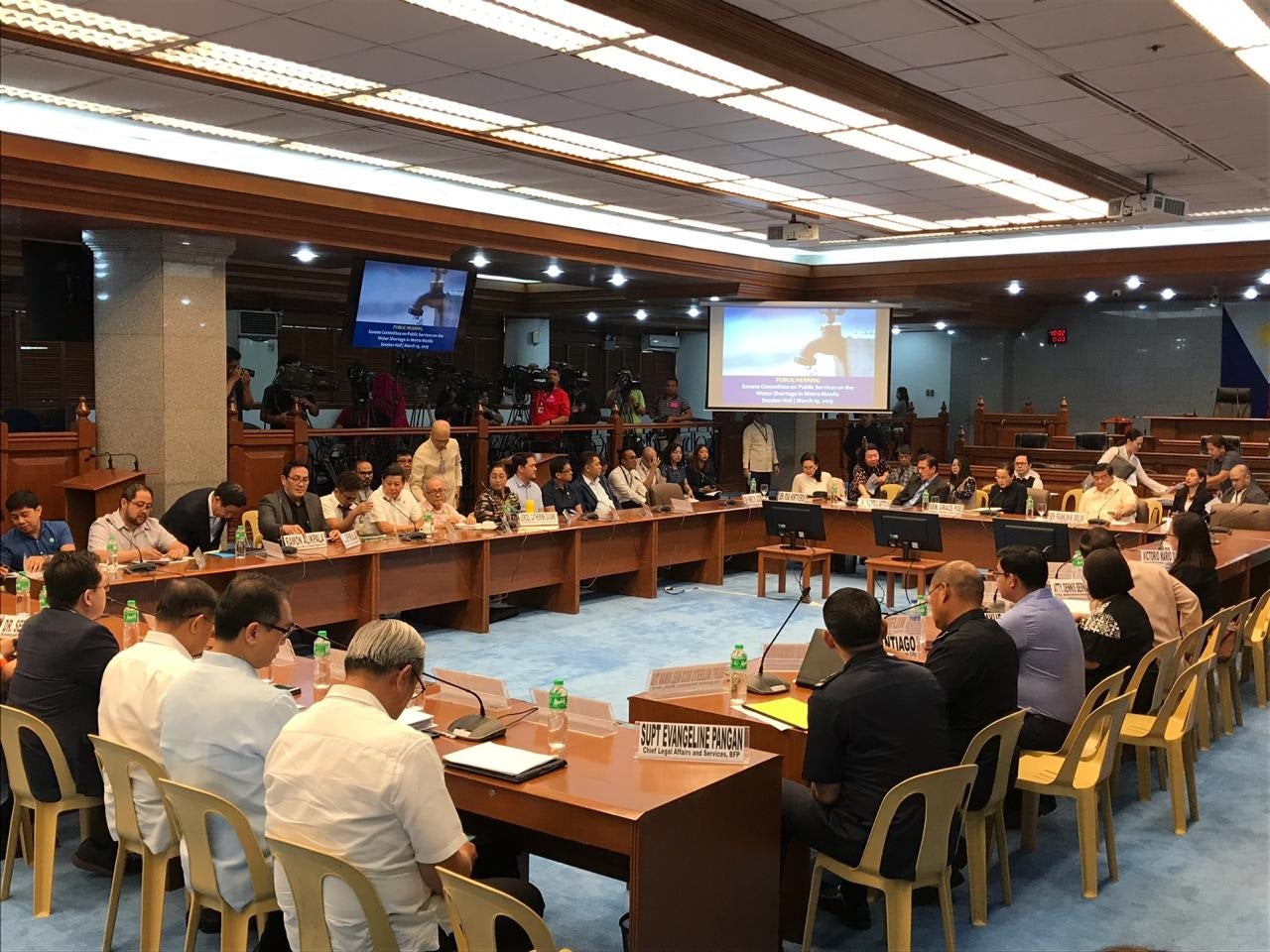 MANILA, Philippines – Even after only one hearing, the Senate public services committee can already prepare a preliminary report on its findings and recommendations on the water shortage affecting Metro Manila and parts of Rizal, Senator Grace Poe said on Wednesday.

On Tuesday, the Senate panel, chaired by Poe, began its inquiry on the water shortage in the metropolis and nearby areas.

She said that their findings during the hearing were enough for the committee to recommend a revamp at the Metropolitan Waterworks and Sewerage System (MWSS).

She said the committee would also recommend that the east zone concessionaire Manila Water Co., which has been implementing water supply cuts, to compensate their consumers affected by the water service interruptions.

Poe said it was evident that the MWSS lacked foresight in dismissing the concessionaires’ earlier warnings of an impending water shortage.

She said the water industry regulator should have been at the forefront of identifying measures to avert a crisis.

Poe said the panel’s report would also tackle the composition of the MWSS Board of Trustees, pointing out that the agency requires civil engineers, finance and recognized labor leaders.

The committee would also conduct hearings in the provinces to assess the damage and determine the extent of the water shortage as some areas have started to feel the effects of the dry season, Poe said.

Likewise, the committee would also scrutinize the loan agreement with China for the construction of the Kaliwa Dam in Quezon province, amid concerns that a provision of the deal could allow Beijing to take full control of Manila’s patrimonial resources in case of a default.

Poe said she would wait for the MWSS administrators to submit the copy of the deal to the Senate panel.