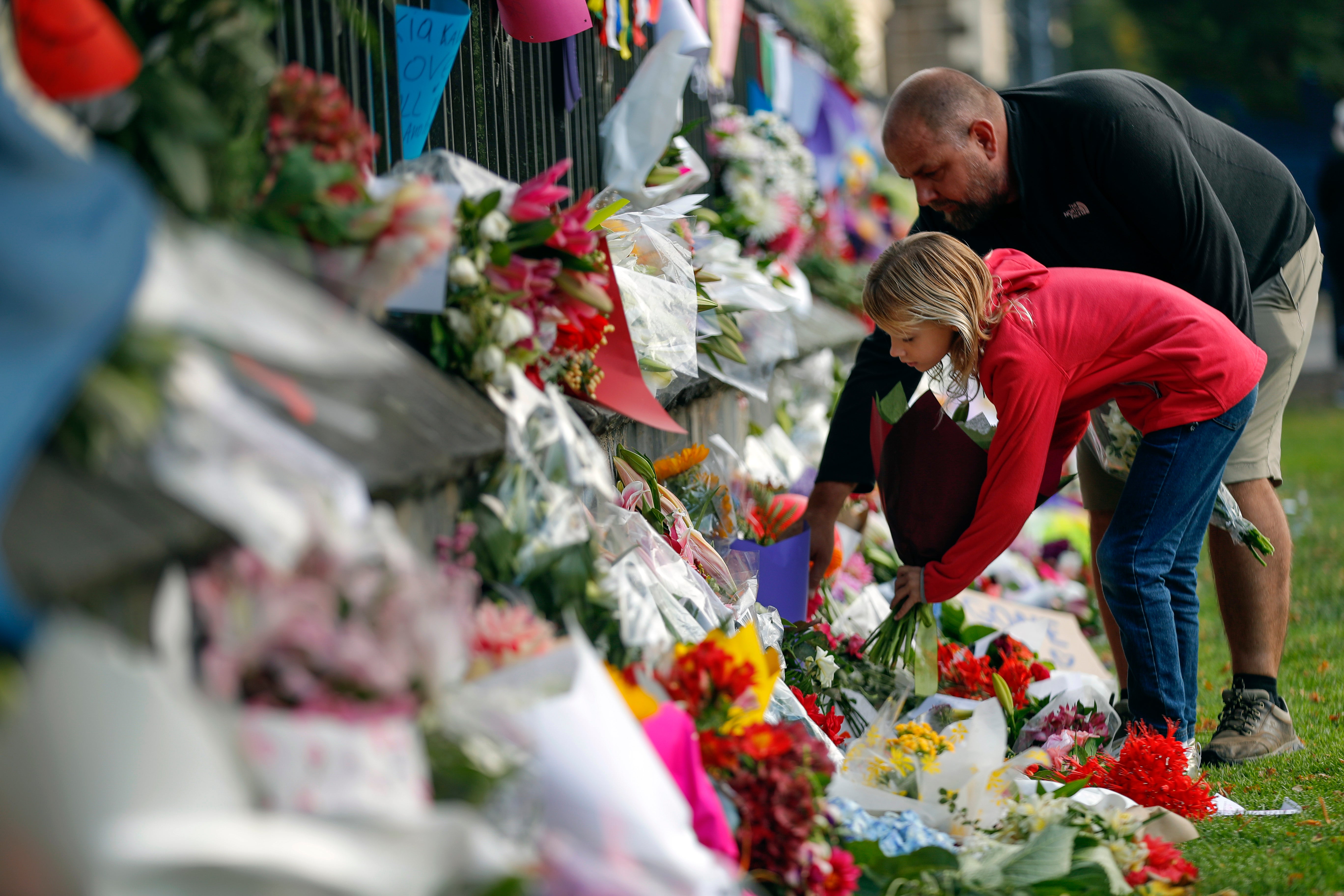 Mourners lay flowers on a wall at the Botanical Gardens in Christchurch, New Zealand, Saturday, March 16, 2019. New Zealand’s stricken residents reached out to Muslims in their neighborhoods and around the country on Saturday, in a fierce determination to show kindness to a community in pain as a 28-year-old white supremacist stood silently before a judge, accused in mass shootings at two mosques that left dozens of people dead. (AP Photo/Vincent Thian)

Christchurch, New Zealand —A 44-year-old man has become the second person charged with sharing a gruesome livestream video of the deadly attack at a Christchurch mosque.

Arps was charged with two counts of distributing objectionable material under the Films Act, and was remanded in custody after appearing in Christchurch District Court.

A teenager appeared in court earlier this week on the same charge.

The livestream video was shot by the alleged gunman, who is currently facing one charge of murder for the killings at Al Noor and Linwood mosques.

The funerals of the first victims started on Wednesday, with more expected to take place later Wednesday and on Thursday as officials release the victims’ bodies to their families. /kga