‘Egg boy’ to give GoFundMe money to mosque shooting victims 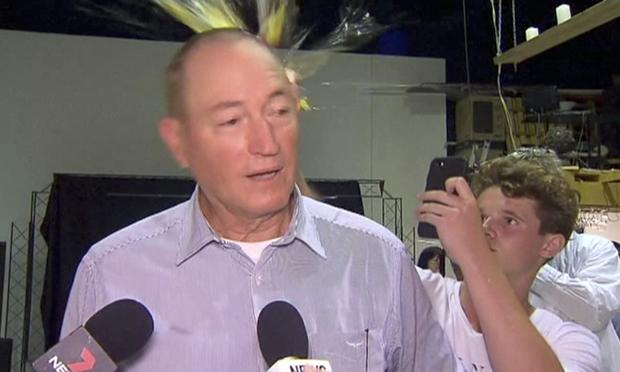 In this image made from video, a teenager breaks an egg on the head of Senator Fraser Anning while he holds a press conference, Saturday, March 16, 2019, in Melbourne. Following the mass shootings on Friday, Anning came under sharp criticism over tweets including one that said: “Does anyone still dispute the link between Muslim immigration and violence?” AP Photo

Will Connolly, who is now popularly known as ‘Egg Boy’ for cracking an egg on the head of an Australian lawmaker, will donate money raised in his honor to the families and victims of the Christchurch mosque shooting.

The creator of the fund page titled ‘Money for Eggboi’ has kept in touch with Connolly who said that “he is committed to sending majority of the money for the victims of the Christchurch terrorist attacks.”

Connolly went viral after he cracked an egg on Senator Fraser Anning, who dropped victim-blaming comments regarding the tragic shooting.

Netizens worldwide have lauded Connolly for his heroic actions and praised him for tackling racism and hate.

Meanwhile, The Greens, an Australian political party, are pushing to expel Anning following his ‘shameful comments.’

At least 50 people were killed at the Christchurch mosque shooting by a lone gunman. New Zealand Prime Minister Jacinda Ardern said she would tighten the country’s firearms law in response to the mosque attack. /cbb