Int’l delegation of lawyers: We were tailed, threatened

MANILA, Philippines — An international delegation of lawyers that had conducted a fact-finding mission into the attacks against Philippine lawyers, judges, prosecutors and paralegals were themselves subjected to surveillance and received threats Monday.

In a statement, Suzanne Adely from the US and Hans Gaasbeek from The Netherlands said it was quite ironic that after meeting government officials — except the police and military — they would be subjected to the same threat and harassment that they were investigating.

“These vexatious acts against our Delegation appear to have the fingerprints of intimidation and reprisal by State agents,” read the statement.

“Even more outstandingly ironic is that we as international lawyers made time to see things firsthand on the reported attacks on our peers and brethren out of genuine concern and who in good faith humbly put forward concrete recommendations for consideration by the authorities are ourselves the object of attack,” they added.

The delegation said the surveillance started Monday at the Integrated Bar of the Philippines (IBP) Building at the Ortigas Center, where they held a press conference, to the mall, where they had lunch, and at their hotel. 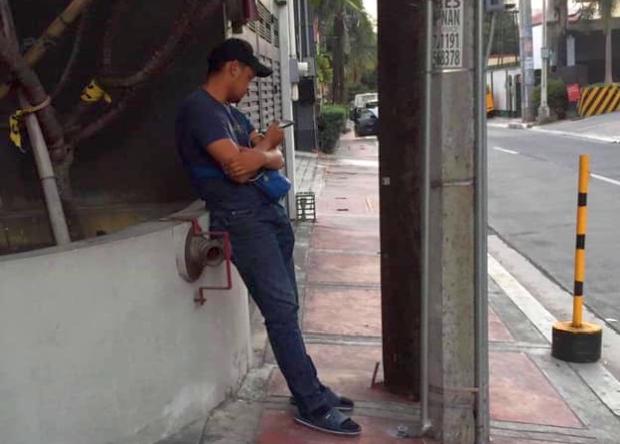 A man using a cellphone appears to be tailing the fact-finding team. (Photo provided by the National Union of Peoples’ Lawyers )

At the IBP, the delegation said, a man approached a member of the staff and said: “These foreigners are now under surveillance.”

They said the same man took their pictures and listened to their conversations.

“Thereafter, the Delegation was closely tailed from the IBP to a mall where we took lunch by two men in bullcaps riding in tandem on a motorcycle with no plate number. We were tailed until we reached our hotel where more men in civilian clothes and bullcaps were posted at both entrances, obviously stalking us and peering into the lobby and monitoring the ingress and egress of people and vehicles,” the statement said. 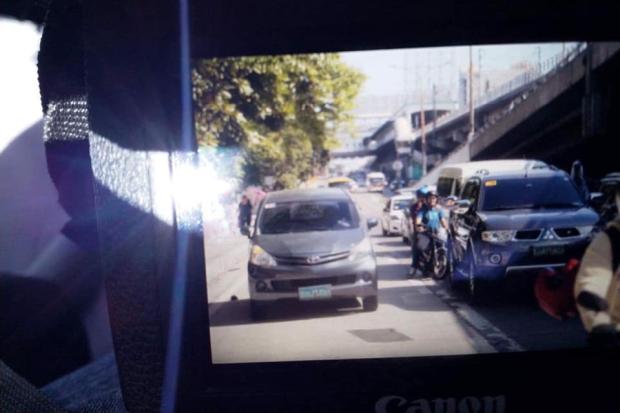 Men in bull caps riding in tandem followed the delegation from IBP to the mall. ((Photo provided by the National Union of Peoples’ Lawyers)

On Tuesday, the delegation said a heavily-tinted car parked at the basement of the hotel tailed their vehicle, while motorcycle-riding men were idly posted on the street at a corner of the hotel. 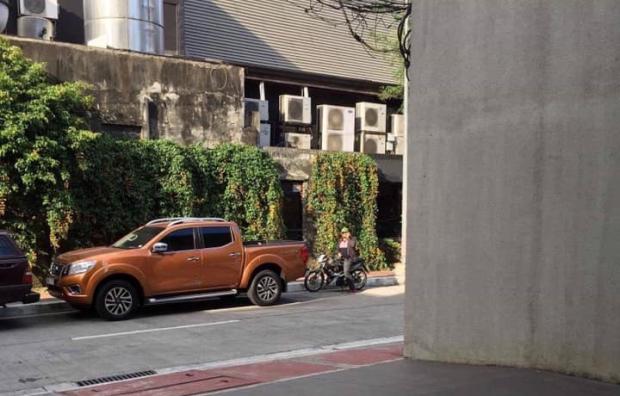 The fact-finding team also spotted a motorcycle outside their hotel.(Photo provided by the National Union of Peoples’ Lawyers)

The lawyers said they had informed their embassies and the organizations they represent had been put on notice of their experience.

But despite what happened, they vowed to return to the Philippines. /atm