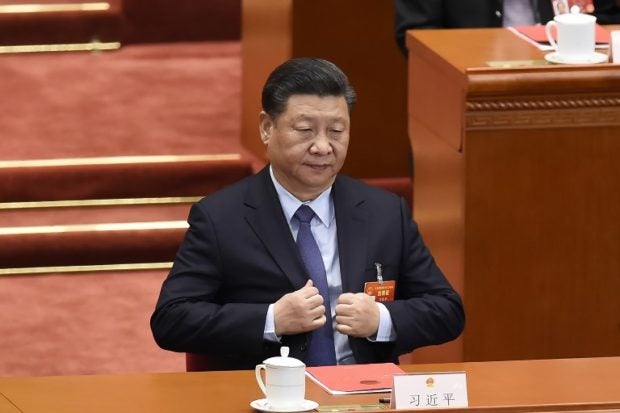 BEIJING, China — Chinese President Xi Jinping heads to Europe on Thursday as the continent is divided over his cherished Belt and Road trade infrastructure project and under US pressure to shun telecom giant Huawei.

Xi will start his trip in Italy before heading to Monaco — the first visit by a Chinese president to the posh principality — and cap his five-day journey in France.

His visit comes a week after the European Union released a 10-point plan outlining a shift to more assertive relations with Beijing, warning that China was a “rival” to the bloc as well as its biggest trading partner.

But Xi is expected to secure a non-binding agreement for Italy to join the $1 trillion Belt and Road Initiative.

China has financed maritime, rail and road projects in Asia, Africa and Europe through BRI, but critics warn that it mainly benefits Chinese firms while setting up a “debt trap” in financially vulnerable countries.

Italy’s would be the first G7 nation to join the ambitious venture, raising eyebrows among Western allies.

EU members Greece and Poland have also embraced the “New Silk Road” but others in the bloc fear it could lead to growing Chinese government influence on the continent.

A White House official, Garrett Marquis, last week tweeted that there was “no need” for Italy to endorse “China’s infrastructure vanity project.”

French President Emmanuel Macron said EU countries should have a “coordinated approach” to Beijing and urged for cooperation based on the “spirit of equality (and) reciprocity.”

But Italian Prime Minister Giuseppe Conte, who will meet Xi, dismissed the concerns, saying there were no risks.

“For us, collaborating with China on Belt and Road is a choice of a purely economic or commercial nature, perfectly compatible with our position in the Atlantic alliance and in the EU,” Conte told Corriere della Sera newspaper.

A draft of the non-binding memorandum of understanding published in Italian media reveals broad undertakings for cooperation in logistics, infrastructure investment, financial and environmental sectors.

Beijing has been eyeing investment in the Italian ports of Trieste and Genoa that offer easy access to Europe’s markets, Giuliano Noci, a China expert at Milan Polytechnic business school, told AFP.

He said any deal should ensure that the “ports remain Italian” warning Rome must avoid the model of the Greek port of Piraeus, which was taken over by Chinese shipping giant Cosco in 2016.

Xu Tiebing, professor of international relations at Communication University of China, said Italy has maintained a supportive attitude towards Beijing despite “some pressure from the United States”.

Xi’s trip also comes as the United States is urging European allies to avoid using Huawei for next generation 5G networks, warning it could serve as a “backdoor” for spying.

While the United States and Australia have kept Huawei out of their 5G networks, European countries have not closed the door on its services.

Italy’s coalition government is divided, with the head of the anti-establishment Five Star Movement keen to have Huawei testing 5G in some cities while the far-right deputy prime minister has been more cautious, warning against any threat to the country’s security.

In France, where Xi will meet Macron, two telecom operators are using Huawei equipment for their 4G networks and are testing 5G gear with the Chinese firm.

The French government has warned on the risk of using Huawei equipment, but it has not taken any decisive steps against it so far.

Monaco — the second stop in Xi’s tour — has already signed a deal with Huawei to support the tiny country’s “5G Nation” project, according to a statement by Monaco Telecom.

Xi will hold talks with Prince Albert II during a visit to the independent city-state known for its upscale casinos and prestigious Grand Prix motor race.

The unusual destination is part of China’s “doctrine of raking wide the Mediterranean Sea and the Black Sea” for opportunities, said Francois Godement, Asia advisor at the Institut Montaigne in Paris.

Monaco is a tourist attraction and a financial stronghold, he said, adding that China likes to “cultivate bilateral relations even with the tiniest (nations).” /ee

Read Next
Martin Romualdez will be next Speaker – Sara Duterte
EDITORS' PICK
San Mig Light celebrates its 20 years in Poblacion
No arrest yet of motorcycle taxis despite termination of pilot run
Senators think TWG’s move to axe motorcycle taxi pilot run an act of ‘revenge’
Ex-aide of Imelda Marcos is New York’s No. 2 tax cheat
‘A greener, cleaner tomorrow’: A how-to guide for Filipinos who want to help with today’s energy crisis
Motorcycle taxis ‘illegal’ starting next week — LTFRB board member
MOST READ
Palace: Crisis over ABS-CBN franchise unlikely
ALI bares facts on Technohub deal: P4B in lease to UP, P171, not P22, per square meter per month
18th-century drawings show fury of Taal
Motorcycle taxis ‘illegal’ starting next week — LTFRB board member
Don't miss out on the latest news and information.