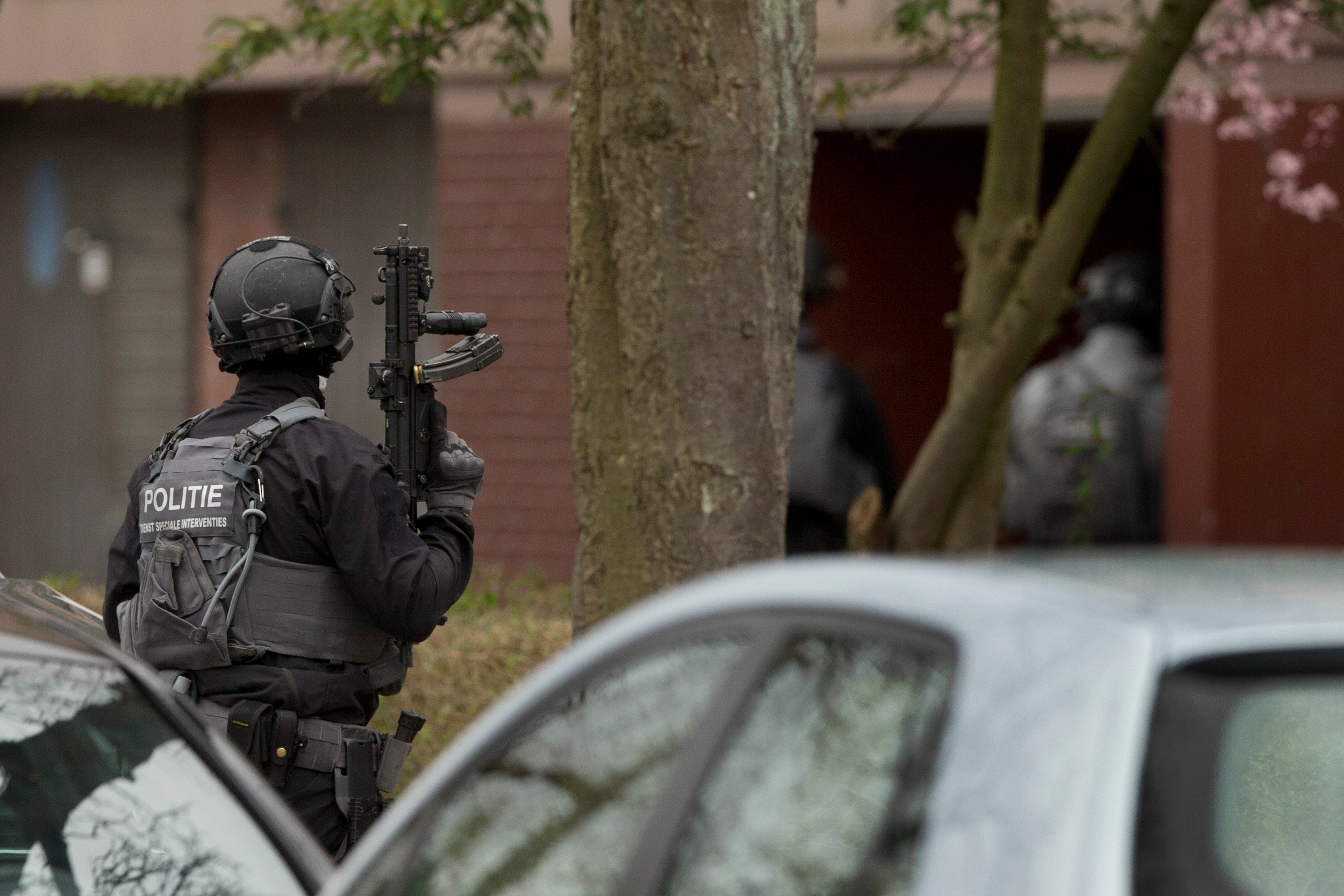 Dutch counter terrorism police prepare to enter a house after a shooting incident in Utrecht, Netherlands, Monday, March 18, 2019. A gunman killed three people and wounded nine others on a tram in the central Dutch city of Utrecht, sparking a manhunt that saw heavily armed officers with sniffer dogs zero in on an apartment building close to the shooting. (AP Photo/Peter Dejong)

UTRECHT, Netherlands — Dutch police said they have arrested a third person on suspicion of involvement in the tram shooting in the city of Utrecht that left three people dead and five others injured.

Public prosecution office spokesman Ties Kortmann said Tuesday that three people are now in custody — the alleged shooter, 37-year-old Gokmen Tanis, and two others who were also arrested on suspicion of involvement in the shooting Monday morning.

Kortmann said Tanis is being held on suspicion of manslaughter with a possible terrorist motive, but adds that investigations are continuing into what drove him to allegedly open fire in a tram.

Authorities said they have not ruled out other possible motives, and Dutch media, citing his neighbors in Utrecht, have speculated that the shooting may have been linked to a relationship. /kga