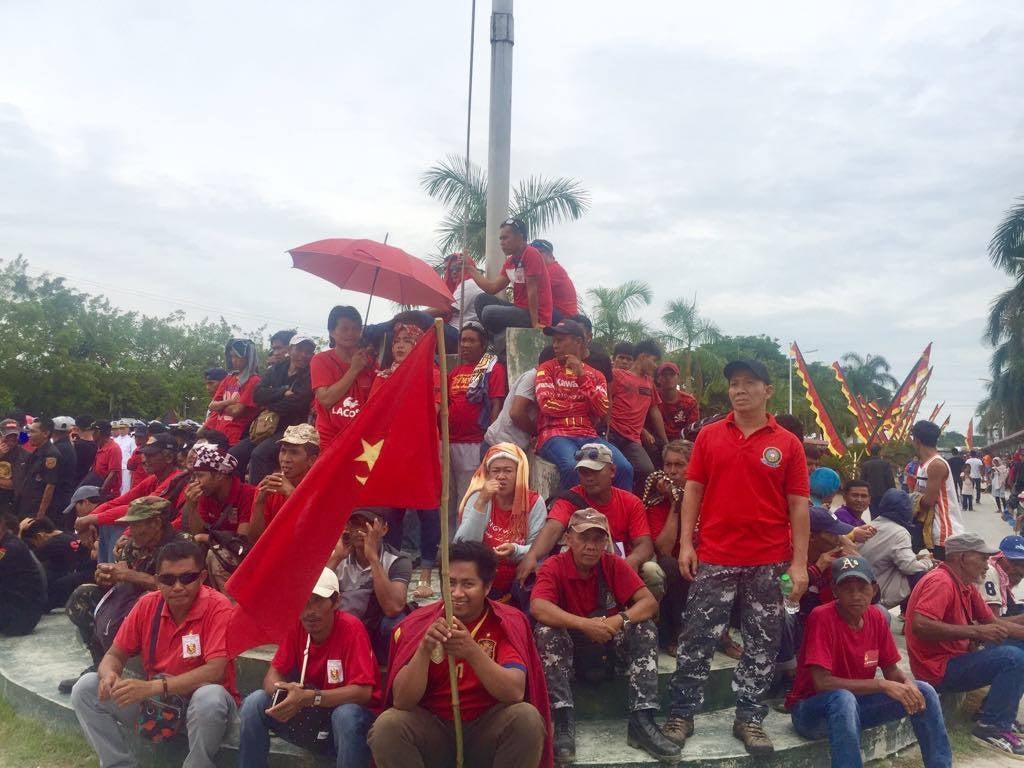 More than 50,000 MNLF members from different areas in Mindanao gathered on March 18 for its 51st founding anniversary.

(My advise to you is to welcome all our brothers who went astray. We must promote national unity.  We cannot be disunited.)

Misuari said he would have a one-on-one meeting with President Duterte on March 18 so he could not attend the said event.

On March 18, 1968 – exactly 51 years ago – at least 28 Moro recruits of the Philippine Army were shot to death on Corregidor Island in what has since been known as the Jabidah massacre. The event led to the establishment of MNLF.

Over 50,000 MNLF members from different areas in Mindanao arrived in the city yesterday and was billeted in different schools in the city.

Norainie Misuari, Nur’s daughter represented the chairman instead. She arrived in the venue at the Cotabato City Hall grounds at 3:30 p.m.

He asked his members to ”maintain the sense of dedication to their cause and commitment to the people of our homeland and religion of Islam.”

He also noted that he already talked with Carlito Galvez, secretary of the Office of the Presidential Adviser on the Peace Peace Process (OPAPP) that he would continue to support all the plans and programs of the president.

He ended his message saying that with the political change such as federalism in the country, he was certain of the very bright future in the Bangsamoro.

Sayadi was the former solicitor general of Misuari during his time as governor of the Autonomous Region in Muslim Mindanao.

Lawyer Ringcar Pinote, MNLF’s chief minister of Iranun substate said they did not recognize the MNLF members who are part of the Bangsamoro Transition Authority.

”We do not acknowledge them as they do not belong under Misuari faction,” he said.

They said the MNLF under Misuari’s leadership would only support federalism as it would provide ”equality in the government to give chance to indigenous people, highlanders, and poor people.”

When asked about the establishment of the new Bangsamoro government he said, ”we are silent about it.”