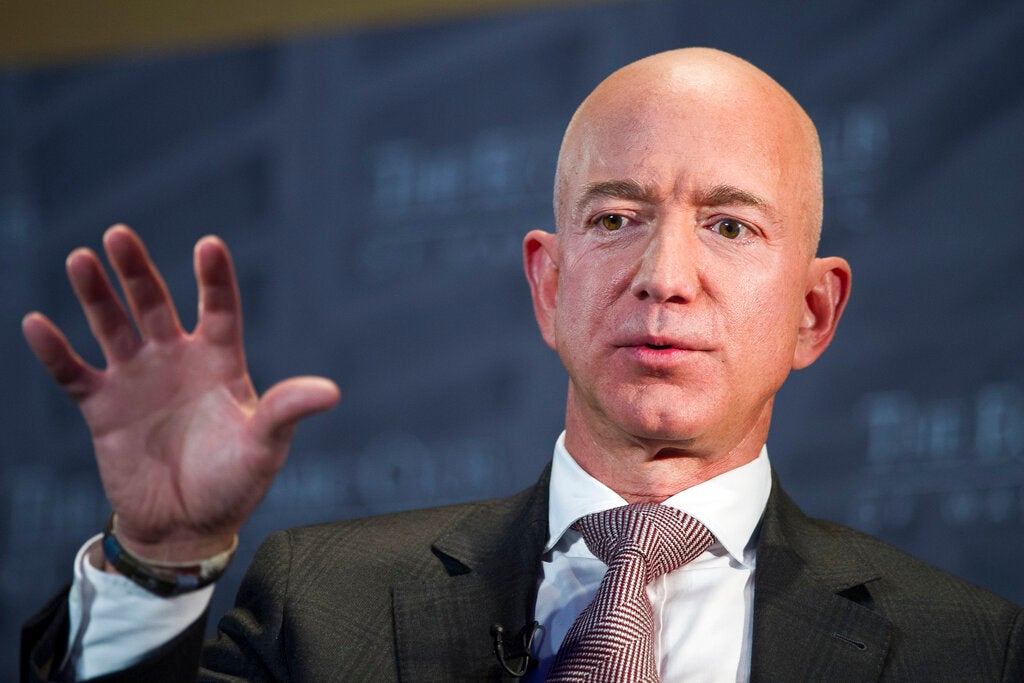 In this Sept. 13, 2018, file photo Jeff Bezos, Amazon founder and CEO, speaks at The Economic Club of Washington’s Milestone Celebration in Washington. Bezos says the National Enquirer is threatening to publish nude photographs of him unless his private investigators back off the tabloid that detailed the billionaire’s extramarital affair (AP Photo/Cliff Owen, File)

The Journal’s finding, attributed to people familiar with the matter, parallels the conclusion reached by private investigators working for Bezos as of early February. Those investigators reportedly found that Michael Sanchez had leaked the texts to the Enquirer, although they didn’t appear to conclude who might have paid for them.

Bezos has said AMI threatened to publish explicit photos of him unless he stopped investigating how the Enquirer obtained his private exchanges and publicly declared that the Enquirer’s coverage of him was not politically motivated. /kga