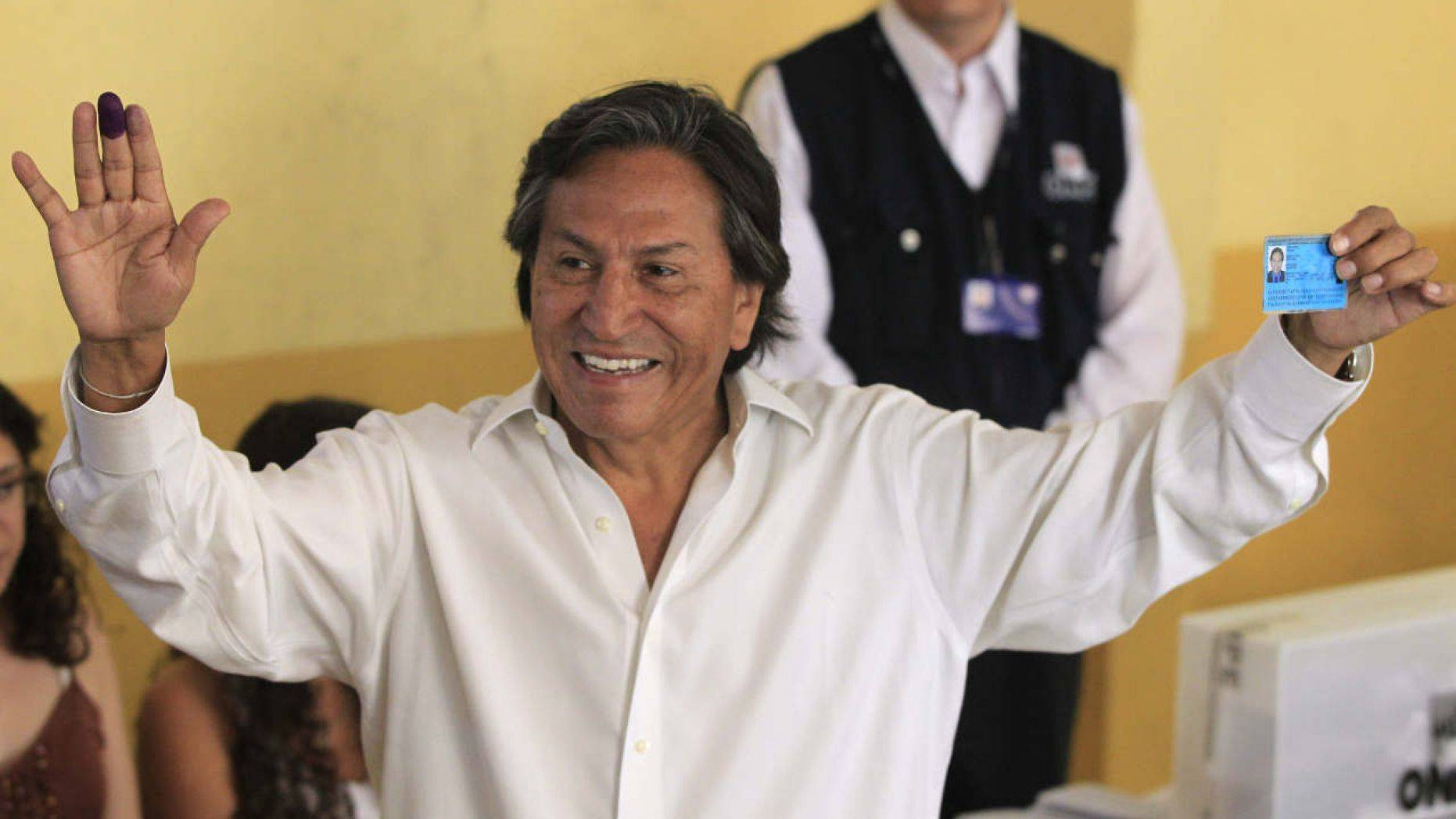 SAN FRANCISCO  — Former Peruvian President Alejandro Toledo, wanted in his home country in connection with Latin America’s biggest graft scandal, was arrested in California on suspicion of public intoxication and spent the night in jail before he was released Monday morning, authorities said.

Toledo was released without charges Monday morning, which Blankswade said is routine for most public drunkenness arrests. Toledo was Peru’s president from 2001 to 2006 and moved to Northern California shortly after leaving office to work and study at Stanford University in Palo Alto, according to a 2007 San Francisco Chronicle report.

Toledo earned a doctoral degree in education and two master’s degrees from Stanford, where he delivered the commencement speech to the school’s graduating class of 2003 while still in office. He has held a variety of fellowships and visiting scholar positions at Stanford until 2017, according to university announcements. In 2017, the same year Peruvian officials announced they were seeking to arrest Toledo, Stanford spokeswoman Brooke Donald told a Latin American media outlet that the college was severing its ties with Toledo, who she said was an unpaid “volunteer” who didn’t teach.

Toledo is wanted in Peru where authorities have offered a $30,000 reward for his capture. Peruvian prosecutors accuse him with of taking $20 million in bribes from Brazilian construction firm Odebrecht while he served as president. He has denied wrongdoing.

Blankswade said the international police organization Interpol had issued a “warning” to law enforcement agencies around the world to notify it if and when Toledo was arrested. But Interpol officials told officials in the sheriff’s office they had no immediate plans to extradite Toledo and he was released, she said.

“After reaching out to Peruvian officials and Interpol, we learned that the existence of charges in Peru alone does not authorize the subject’s arrest in the United States,” Blankswade said.

She did not disclose details about what led to officers being sent to the restaurant where Toledo was arrested, and did not name the restaurant.

Toledo brushed off questions about his arrest on suspicion of public drunkenness during a brief radio interview with Peru’s RPP radio Monday afternoon.

“I’m at my home, writing my book,” he said when a reporter reached him on the phone.

Asked if he could clarify whether he had been detained, he said, “I’m not falling into that trap.”

It’s not the first time Toledo’s apparent love for booze has caught the public’s attention.

During his mandate, Toledo’s presidential aircraft became known as the “party plane” after a government official was caught on camera drunkenly singing a popular tune called “Pass me the Bottle” while aboard a flight to Europe.

After leaving power, incoming President Alan Garcia published a tally of Toledo’s liquor purchases during his time in the presidential palace: a total of $164,000 in spirits, whisky, wine, beer and other alcoholic beverages.

In a statement, Peru’s foreign ministry said Toledo’s detention “has no relation with the extradition process underway, which is being htandled with the utmost zeal and in coordination with various institutions.”

Odebrecht in 2016 admitted in a plea agreement with the U.S. Justice Department to paying some $800 million in bribes to politicians throughout Latin America including $29 million.

The scandal has hit a particularly rough note in Peru, where nearly every living president is suspected or under investigation for ties to Odebrecht.

Prosecutors are also investigating ex-President Alan Garcia after revelations that bribes were made during the construction of Lima’s subway under his tenure. Former President Ollanta Humala was also briefly jailed in connection with the case.

All of Peru’s former presidents have denied wrongdoing.

The public drunkenness arrest marks the latest chapter in what has been a stunning fall from grace for a man who rose out of poverty to become Peru’s first president with indigenous roots.

Toledo grew up shining shoes and selling lottery tickets in northern Peru, one of 16 children, at least seven of which did not survive to adulthood. A happenstance meeting with a U.S. humanitarian worker couple set his life on an unexpected trajectory: With their help, he applied and won a scholarship to the University of San Francisco.

His jovial nature, ease with the masses and opposition to strongman Alberto Fujimori helped him clinch the presidency in 2001. He proudly called himself “El Cholo” — a term referring to his indigenous ancestry, which is sometimes considered derisive — and championed policies emphasizing the free market and attracting foreign investment.

The nation’s economy boomed under his leadership, with gross domestic product rising from 0.2 percent to 6.8 percent.

But his reputation as a hard-partying president trailed him: One Lima newspaper said it obtained receipts showing Toledo’s administration bought 1,753 bottles of Johnny Walker Black Label Scotch whisky during his tenure.

He dismissed the report when he unsuccessfully ran for president again in 2011.

“This is part of the dirty games of the election. I don’t even drink whisky,” he said in a TV interview, calling the receipts “manipulated.”