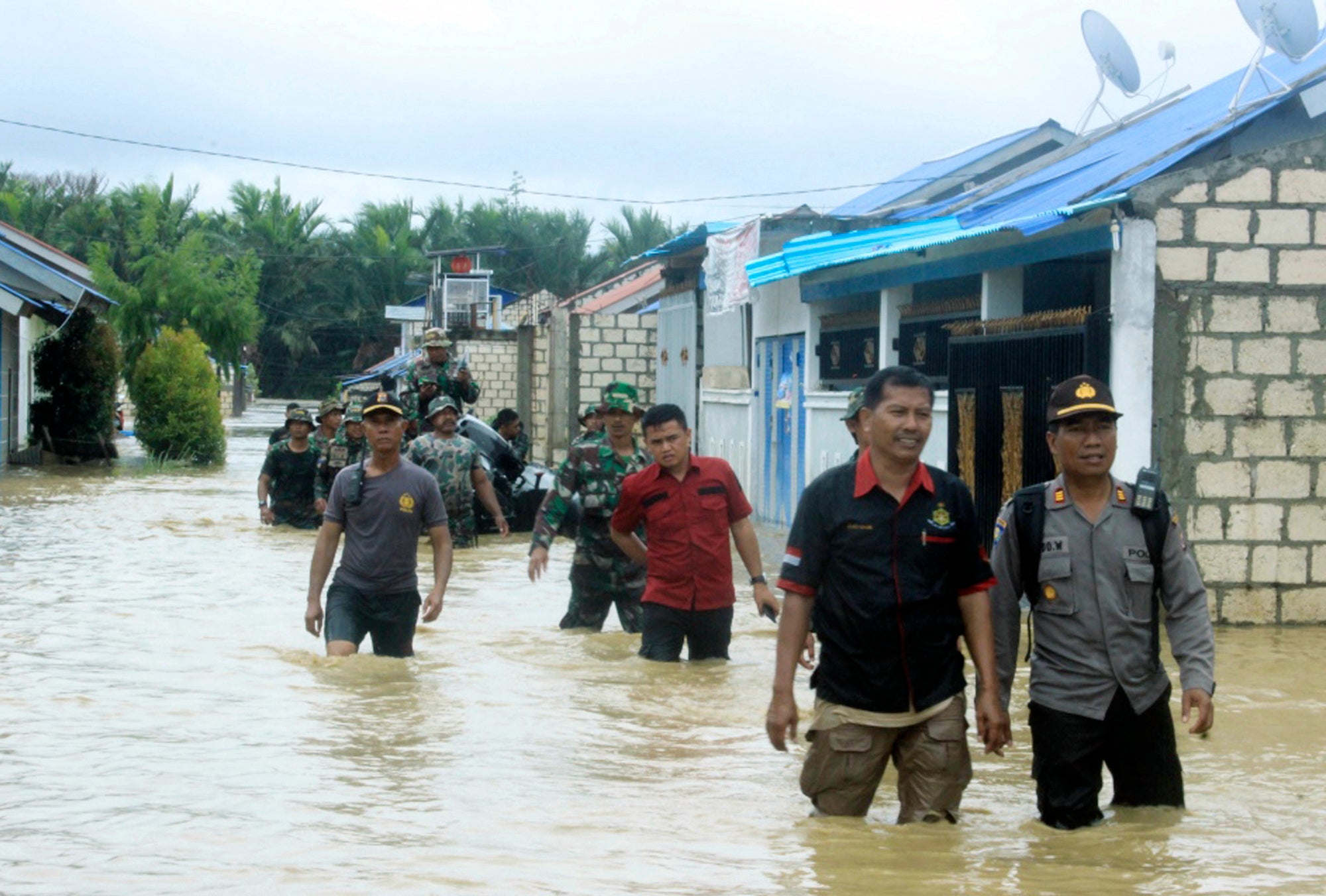 JAYAPURA, Indonesia — The number of people killed after torrential downpours triggered flash floods and mudslides that tore through mountainside villages in Indonesia’s easternmost province has climbed to at least 79, with dozens of others missing, officials said Monday.

On Sunday, the disaster-prone country was hit by an earthquake, triggering a landslide that hit a popular waterfall on the tourist island of Lombok, killing at least three people and damaging hundreds of homes.

The worst-hit area from the flooding was Sentani subdistrict, where tons of mud, rocks and trees from a landslide on a mountain early Sunday rolled down to a river that burst its banks, sweeping away residents, National Disaster Mitigation Agency spokesman Sutopo Purwo Nugroho told a news conference in the capital, Jakarta.

“The combination of natural factors and human activities has caused this fatal disaster,” he said.

Nugroho said 79 bodies had been pulled from the mud and wreckage of crumpled homes by Sunday. Another 74 people were hospitalized, many with broken bones and head wounds.

Nugroho said the number of dead and injured would likely increase since affected areas had not been reached and rescuers were still searching for dozens of people reportedly still missing.

“We are overwhelmed by too many injuries,” said Haerul Lee, the head of the Jayapura health office, adding that some medical facilities had been hit by power outages. “We can’t handle it alone.”

Papua military spokesman Col. Muhammad Aidi said rescuers saved two injured infants who had been trapped for more than six hours. The parents of one of the babies were washed away and died.

Nugroho said rescuers evacuated more than 4,200 people to temporary shelters as more than 600 houses and buildings were damaged and submerged.

Television footage showed hundreds of rescuers and members of the police and military evacuating residents to shelters at a government office. Others were carrying bodies in black and orange body bags. Ambulances and vehicles were seen carrying victims on muddy roads to several clinics and hospitals.

Seasonal downpours cause frequent landslides and floods and kill dozens each year in Indonesia, a chain of 17,000 islands where millions of people live in mountainous areas or near fertile flood plains.

Meanwhile, a moderately strong earthquake triggered a landslide on Lombok island on Sunday. The U.S. Geological Survey said the quake had a magnitude of 5.5 and struck at a depth of 23 kilometers (15 miles).

The earthquake was felt across the island, located next to Bali, panicking residents still recovering from a major quake last August that killed more than 300 people and left thousands homeless.

Sunday’s quake triggered a landslide from Mount Rinjani and hit dozens of tourists at the Tiu Kelep waterfall located in the foothills of the active volcano, Nugroho said.

Two Malaysians and a 14-year-old Indonesian boy were killed in the landslide, Nugroho said.

He said rescuers managed to evacuate 22 Malaysians and 14 Indonesians from the waterfall site, and 56 others — mostly local surveyors from government institutions, the military and the police — from the mountainous area.

At least 182 people were injured in the quake, including 26 Malaysians, Nugroho said. About 525 homes were damaged, including 32 that were flattened.

Indonesia sits on the “Pacific Ring of Fire” and has frequent earthquakes and volcanic eruptions.

“The United Nations expresses its solidarity with the Indonesian authorities and stands ready to work with them as they respond to the humanitarian needs resulting from both natural disasters,” the spokesman for the secretary-general said in a statement. /kga