Andaya: Recall of 2019 budget must be done in plenary session 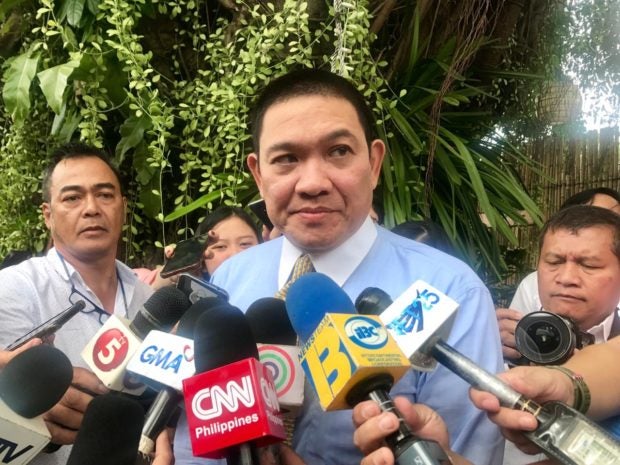 MANILA, Philippines — The stand-off between the Senate and the House of Representatives over the 2019 national budget continues as House appropriations panel chair Rolando Andaya Jr. disowned Sen. Panfilo Lacson and a lawmaker’s claim that the House has agreed to recall its version of the budget bill.

The Camarines Sur congressman said he was not aware of Lacson’s claim which was earlier confirmed by San Juan City Rep. Ronaldo Zamora who was tasked by the House leadership to negotiate with Senate.

“I still have to be briefed on what they had talked about…I really do not know what they are talking about. As Chairman of the Appropriations Committee, I cannot undo an act authorized by the members of Congress. I am just one out of the 290. My powers come from them. A few senators cannot overturn an institutional act,” Andaya said in a statement.

The former House Majority Leader also stressed that “no congressman has the authority, without plenary approval, to order the recall of the enrolled form of any bill already transmitted to the Senate.”

He said the recall of the 2019 General Appropriations Bill should be done in plenary session, with majority members of the House in approval, since the ratification of the bicameral conference report on the expenditure bill was also made in plenary.

But it can be noted that the House made their itemization after the budget bill was ratified on Feb. 8 and not during plenary session. Congress adjourned session last Feb. 8 and will resume on May 20.

While Lacson maintained his statement and said he had no reason to doubt the truthfulness of Zamora, he said the House might need to resolve the issue among themselves.

“The Lower House may have to resolve this issue among themselves… Cong. Zamora said today and he reiterated it just an hour ago,” Lacson said in a text message to reporters.

“Whatever the issue, there is a simple answer to a simple question: are they withdrawing their version of the ‘draft Enrolled Bill’ or not? Well, Cong. Zamora has already answered that. They will withdraw. Everything else is speculation,” he added.

Senate has yet to approve the P3.8 trillion 2019 General Appropriations Bill that the House had transmitted.

Senators have been pushing to retain the ratified version of the spending bill with lump-sum appropriations, while the House contingent wants the budget that they itemized after it was ratified by both chambers. /je