Chief Justice Corona on ‘ouster plot’: I am here to stay

MANILA, Philippines — Chief Justice Renato Corona on Monday finally broke his silence amid the criticisms leveled against him and the Supreme Court over their supposed bias in favor of former President Gloria Macapagal Arroyo, claiming that a clandestine move has been hatched to unseat him. 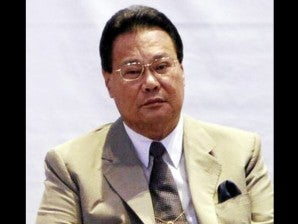 Speaking at the weekly flag raising ceremony at the high tribunal’s compound in Manila, a combative Corona rallied court employees to fight off supposed attempts to undermine “the Court and our system of justice under the Constitution.”

“Reports yesterday confirmed a mobilization of a secret plan to oust me from office by any means, fair or foul. I am here. I am not going anywhere,” Corona read from a prepared speech.

“I’m your defender and most of all, I’m your Chief Justice. Together, we will face these challenges and fight all those who dare to destroy the court and our system of justice under the Constitution,” he said.

Corona and his fellow justices appointed by Arroyo had been under fire from President Aquino and his allies for the past several weeks, accusing them of blocking the Aquino administration’s anti-corruption agenda, which has gained traction with the filing of an electoral sabotage case against Mrs. Arroyo.

In his keynote address at the first-ever National Criminal Justice Summit last week, the President assailed the Supreme Court for issuing a temporary restraining order, which would have allowed Arroyo to travel abroad even before a case against her could be filed.

With Corona seated just a few meters away from him, Mr. Aquino lambasted his designation as chief justice beyond the appointment period given to an outgoing president.