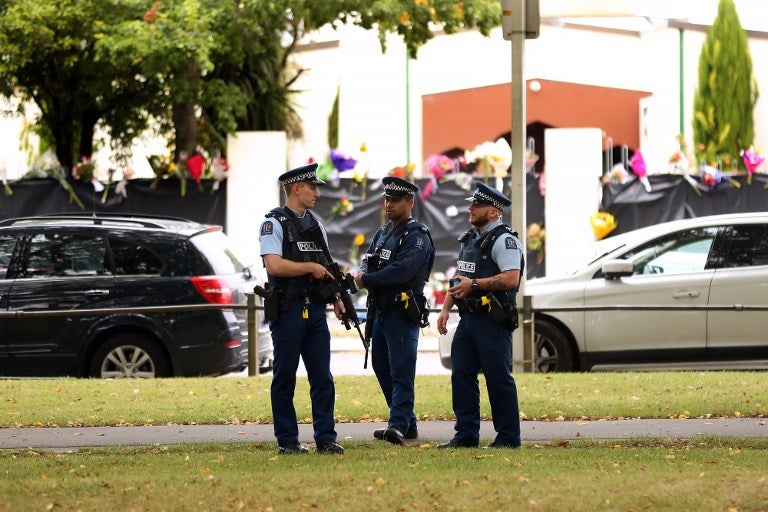 Armed police stand guard in front of the Al Noor mosque in Christchurch on March 18, 2019, four days after 50 worshippers were killed in two mosques attacks.  AFP

CHRISTCHURCH, New Zealand – An 18-year-old has appeared in a New Zealand court charged with distributing the livestream video of a deadly mass shooting at Christchurch’s Al Noor mosque.

The teenager, whose name was suppressed by the judge, was also charged with publishing a photograph of the mosque with the message “target acquired”, and for inciting violence.

He faces a maximum of 14 years in prison for each charge, prosecutors said.

A judge did not grant him bail and he is due back in court on April 8.

The hearing came after 28-year-old Australian Brenton Tarrant allegedly carried out the shootings at Al Moor and Linwood mosques in Christchurch on Friday in which 50 people were killed and dozens more injured.

Investigators had said that the teenager was so far not believed to be directly involved in his attacks.

District Court Judge Stephen O’Driscoll added that details related to the charges were also to be suppressed. /cbb