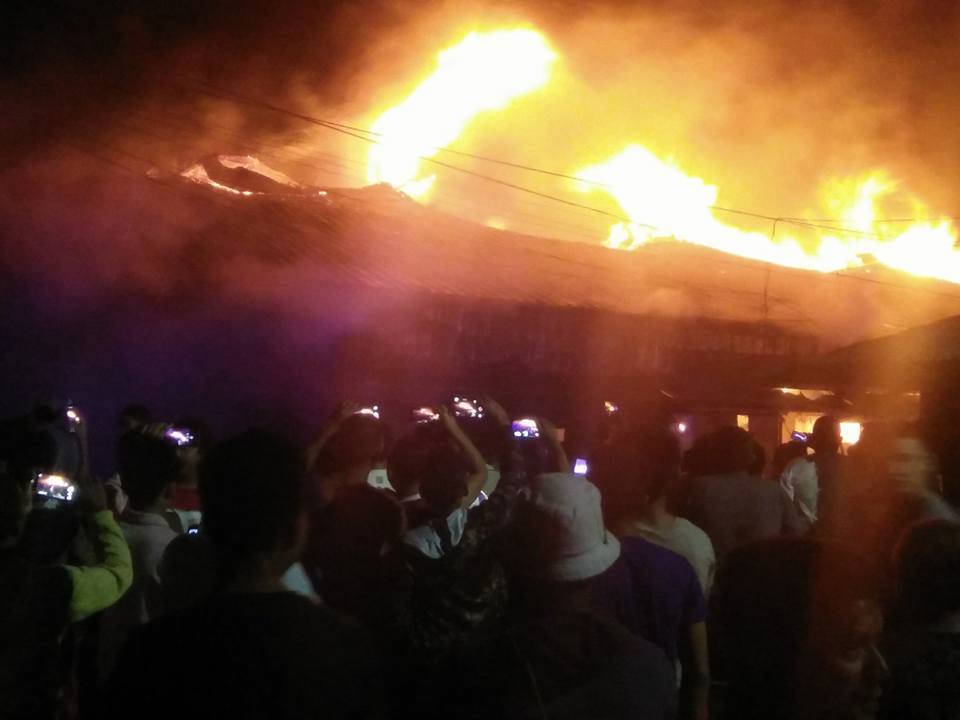 People take pictures of the fire that is engulfing a building in the public market of Catarman town, Northern Samar, on Saturday night. PHOTO COURTESY OF EMIL ANIBA.

The Catarman police reported that the fire broke out in the middle of the building that contained dry goods at 9:26 p.m. on Saturday.

The Bureau of Fire Protection said fire trucks from nearby towns of Mondragon, San Jose, and Lope De Vega in Northern Samar, as well as from Catarman, responded to the fire alarm.

No one was reported hurt but the blaze destroyed at least P2 million in property, the BFP said. /cbb