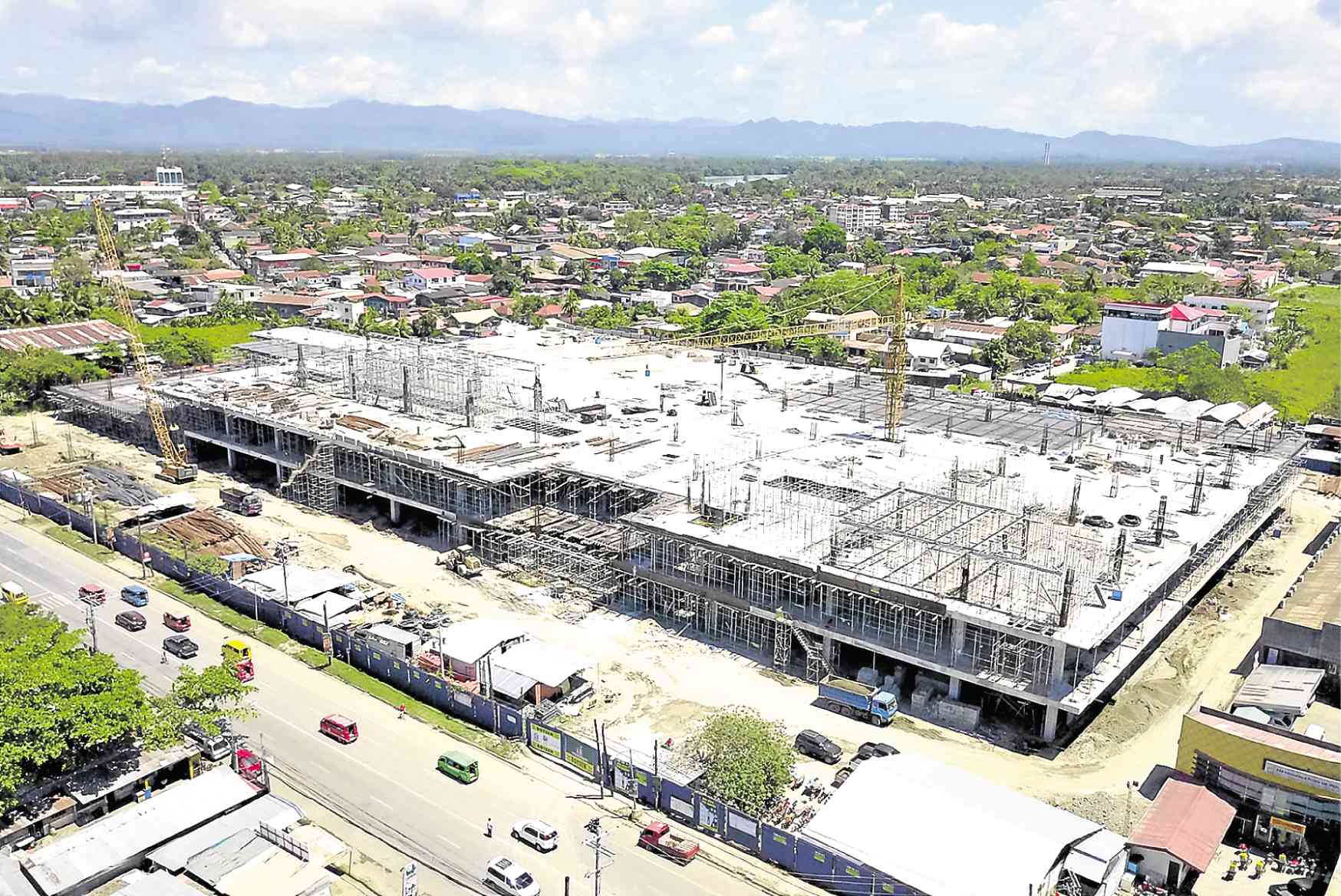 BUTUAN’S FIRST Aerial view shows ongoing construction of the first mall in the Caraga region being built by SM for opening in November. —ERWIN MASCARIÑAS

BUTUAN CITY – Barely eight months after the start of construction, the first SM mall in the Caraga region is rising and would open in November this year.

Oliver John Tiu, SMPHI vice president for operations in Mindanao, said the mall would have a total floor area of 37,000 square meters and would be three-and-a-half-stories high.

There would be cinemas and arcades in the city’s first mall and SM’s seventh in Mindanao.

SM’s sixth mall, Mindpro Citimall, would open on Oct. 18, a month ahead of the opening of Butuan’s mall.

Mindpro Citimall in Zamboanga City is a 22-year-old facility that underwent expansion.

“After the opening of the second mall in Cagayan de Oro, then next in Zamboanga City, now here comes Butuan,” Tiu said.

“We hope will be able to generate big business for Mindanao. The location is significant as in this part of eastern Mindanao this would be our very first,” Tiu added.

SM Butuan will have 122 long-term tenants and will open with a target of 90-percent occupancy.

“We will have a sizable mall for Butuan, since it’s being built on a major city, the capital of Caraga region,” Tiu said.

SMPHI, Tiu added, was looking into future mall projects for Toril in Davao and another in Zamboanga City but declined to reveal details as management was still in the planning stage of the projects.