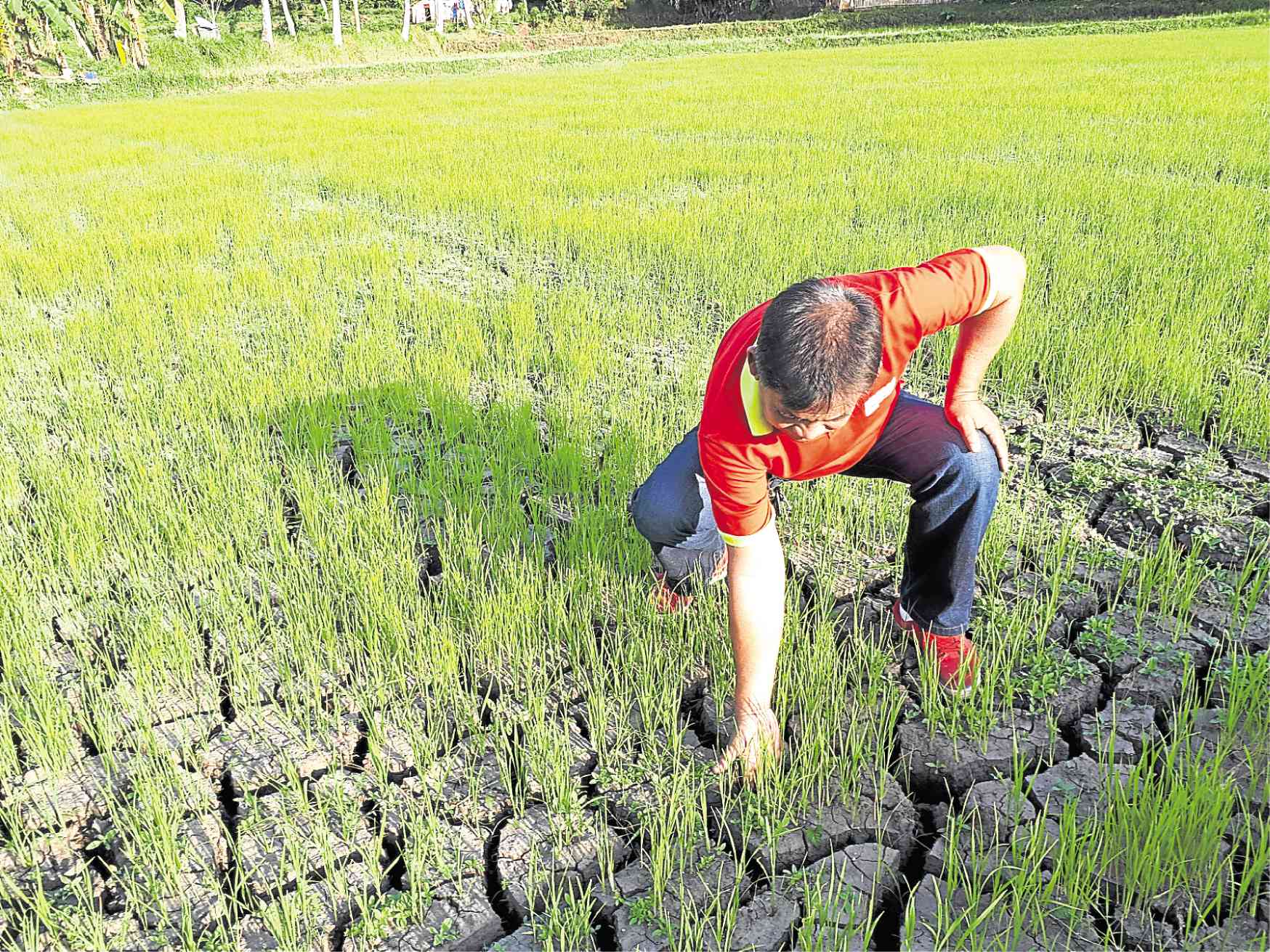 PARCHED A farmer examines his arid field amid El Niño. —MICHAEL B. JAUCIAN

Climate activists have cautioned that El Niño conditions could come more frequently in the coming years, and at a greater intensity, as a result of global warming.

These activists, which include Kalikasan, Greenpeace Philippines and the Climate Reality Project, called on the government to prepare the sectors most likely to be affected, even as they urged the Duterte administration to provide concrete, workable solutions to slow down climate change.

El Niño is the warm phase of the El Niño Southern Oscillation characterized by reduced rainfall.

John Leo Algo, science policy officer of the Climate Reality Project Philippines told the Inquirer that changes in the frequency and intensity of El Niño events “are not completely natural.”

Leon Dulce, national coordinator for Kalikasan People’s Network for the Environment, said the government should also be accountable for their lack of planning for El Niño cycles, including this year’s, which has aggravated the water crisis in the metro that has left thousands of families cut off from their water supply.

“El Niño cycles should have long been anticipated but government did nothing to prepare our water supplies, agricultural systems and communities,” Dulce said.

Dulce called on the government to provide subsidies for the affected communities.

For Wilhelmina Pelegrina, country director for Greenpeace Philippines, the worst is yet to come, in terms of El Niño.

Harsher and longer El Niño events can lead to many devastating consequences, Pelegrina said, including smallholder farmers, fisherfolk and indigenous peoples going hungry and becoming poorer as they bear the brunt of the impact of El Niño.

Pelegrina said Greenpeace believes that the only way to curb or reverse the negative effects of climate change is to stop the widespread use of oil, coal, fossil fuel and gas.

However, since the organization recognizes that it will be difficult, as an “immediate measure,” it said that the national government, as well as local government units and concerned agencies should set up a localized early warning system, such as one through text messages, which ideally, should be at the hands of farmers, fisherfolk, coastal communities and indigenous peoples.