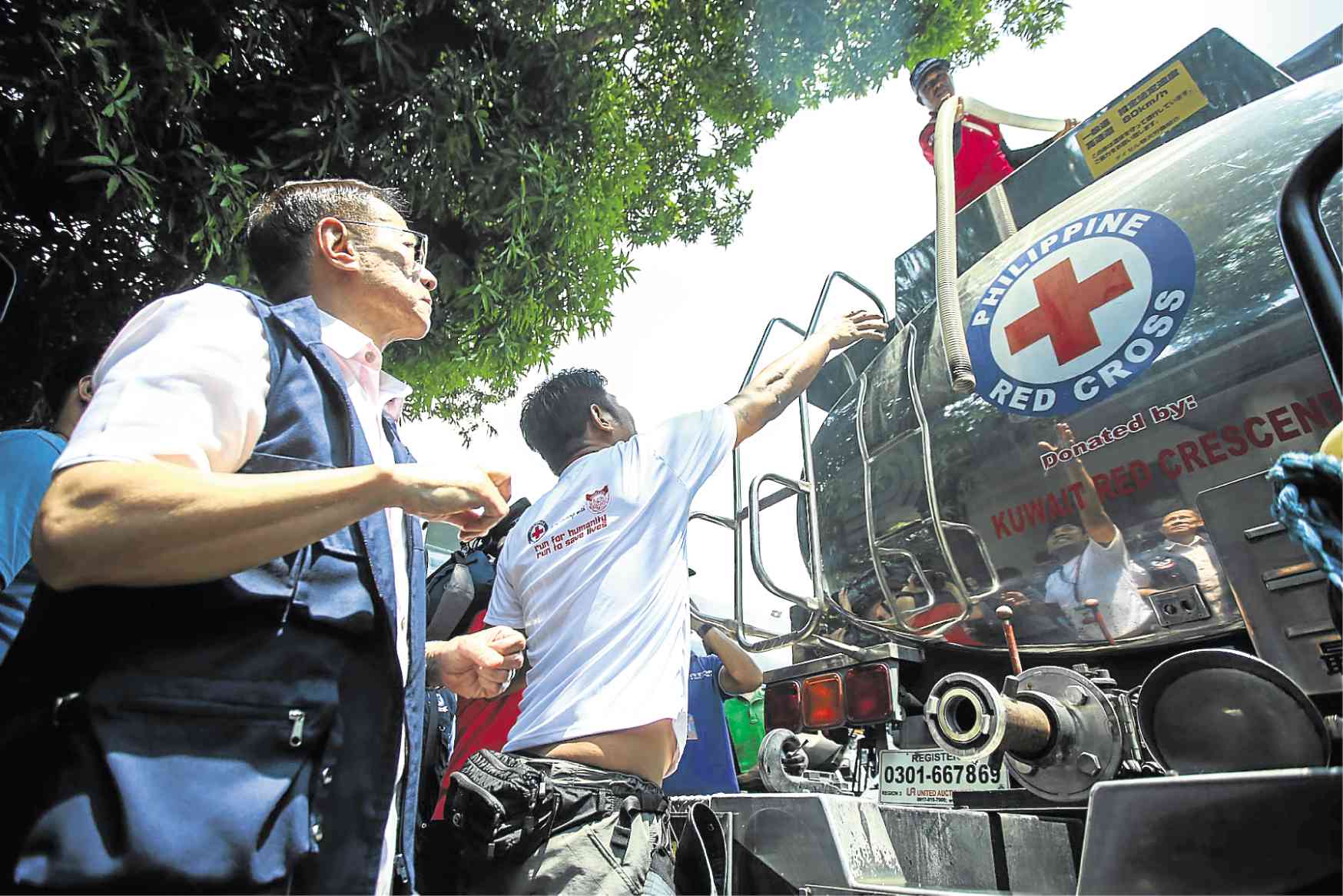 Arrangements have been made to ensure that five major government hospitals will receive half of their daily water requirements as the Philippine National Police urged its men in areas hit by the supply shortage to conserve water.

The Bureau of Jail Management and Penology (BJMP), on the other hand, said that there was enough water for inmates in its 43 facilities throughout the metropolis.

Five major government hospitals in Quezon City have been assured of an uninterrupted 13-hour supply of water daily to sustain their operations in the middle of a water shortage affecting parts of Metro Manila.

The arrangement which started on March 14 was aimed at ensuring that the hospitals would receive half of their everyday water requirements, according to the Department of Health (DoH).

“The hospitals are instructed to maximize [their water supply] by filling up their tanks and containers.” he added.

“The formula we arrived at is the same when we met with officials of Manila Water at Rizal Medical Center on Wednesday and reiterated during the DOH’s meeting with other stakeholders,” he said.

According to Duque, another form of intervention will be put in place to address the water shortage in hospitals with a bigger supply demand like NKTI.

The hospital which caters to dialysis patients will receive additional water through Manila Water’s tankering system.

NKTI executive director Rose Liquete said that because of the water shortage, the hospital had to make adjustments, including substituting peritoneal dialysis for hemodialysis.

“In hemodialysis, we use 100 liters of water per session per machine. Peritoneal dialysis uses only about six liters per session,” she explained.

Duque said continuous tankering would be provided to other dialysis centers to prevent an increase in admissions at NKTI.

While there were no reports of acute water shortage in other hospitals, he assured the public that similar measures would be implemented in case of a crisis.

At a press briefing for the signing of a memorandum of agreement between BJMP and the Junior Chamber International Philippines (JCIP) on Thursday, BJMP spokesperson Chief Insp. Xavier Solda said that the bureau’s facilities in Metro Manila had prepared beforehand for a dry summer.

Coordination had also been made with Maynilad Water Services Inc. in case of a shortage to avoid affecting the health of inmates, he added.

“Definitely even without a water shortage, the BJMP facilities already have a structured system in the use of water, instilling discipline [among inmates],” he said, adding that activities requiring the use of water followed a schedule.

At the same time, he directed policemen “to ensure the safety and security of water service providers against unruly crowds and persons…”  —WITH REPORTS FROM JEANNETTE I. ANDRADE AND TINA G. SANTOS