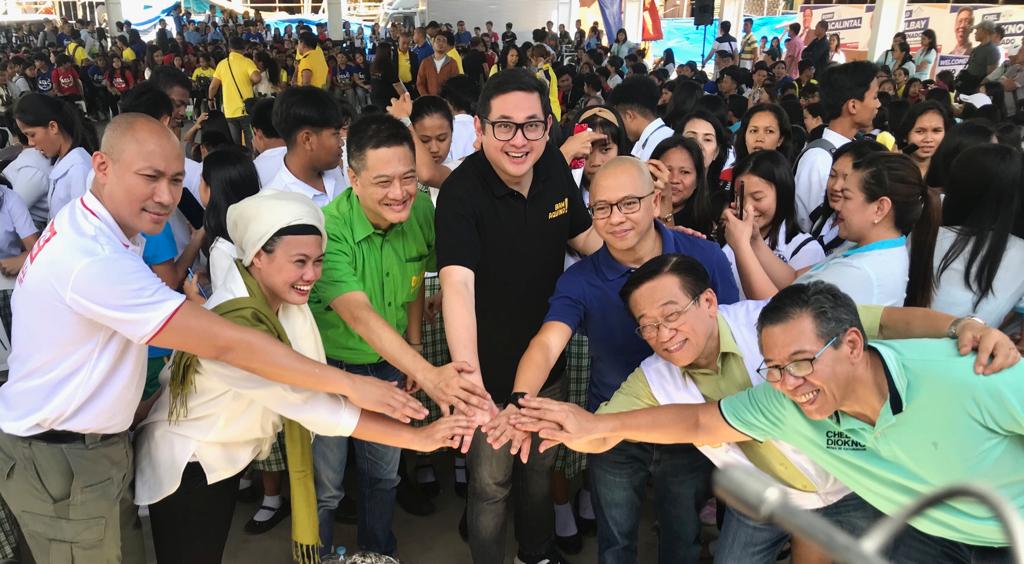 MANILA, Philippines — Vice President Leni Robredo on Thursday said she does not encourage senatorial candidates of Otso Diretso to engage in mudslinging despite receiving numerous criticisms even from President Rodrigo Duterte.

Robredo said Otso Diretso senatorial candidates are capable to answer issues thrown at them, as they are good examples of decency and civility.

“Iyong mga kandidato namin (Our candidates) have minds of their own. Hindi iyon tatago sa aking saya (They won’t hide under my skirt),” she further said.

Duterte has previously belched vicious tirades against members of Otso Diretso, save for Marawi civic leader Samira Gutoc purportedly because she is a woman.

In a recent speech in Isabela, Duterte let loose his latest harangues against former Senator Mar Roxas with the President even saying he could shoot Roxas for free.

Duterte then raised doubt over Roxas’ loyalty since the former legislator had also served as a Cabinet member in three different administrations – Estrada, Arroyo, and Aquino.

READ: Duterte to Roxas: You’re nothing; I can shoot you for free

Reacting to Duterte’s tirades, Roxas asserted there should be no question about his loyalty. He said he has no problem working with different presidents because his loyalty is with the Filipino people.

READ: Roxas says he can work with any president