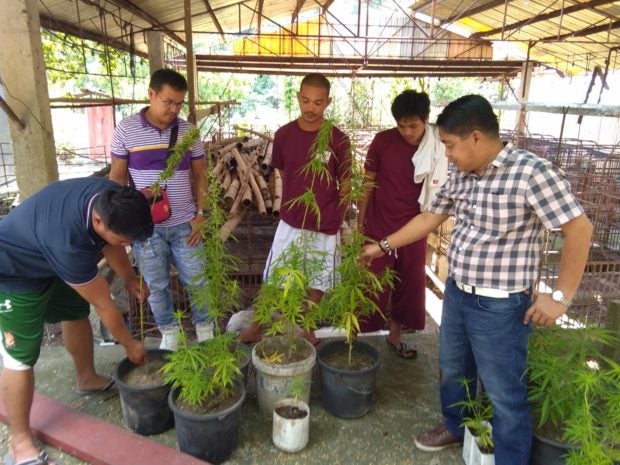 Authorities arrested two alleged cultivators of illegal marijuana plants in at a farm in Lucena City. Photo from Lucena PNP

Anti-illegal drugs operatives swooped down on a farm located in Barangay (village) Gulang-Gulang at 8:40 a.m. and caught two of its workers, Allan Omanga and Michael Lavarro, while in the act of cultivating 12 marijuana plants, Supt. Reydante Ariza, Lucena police chief, said in a report.

Investigators have yet to determine if the illegal activities of the suspects were known to the farm owners.

Police said the illegal activities of the suspects were reported to the authorities through police hotlines. Delfin T. Mallari Jr./lzb