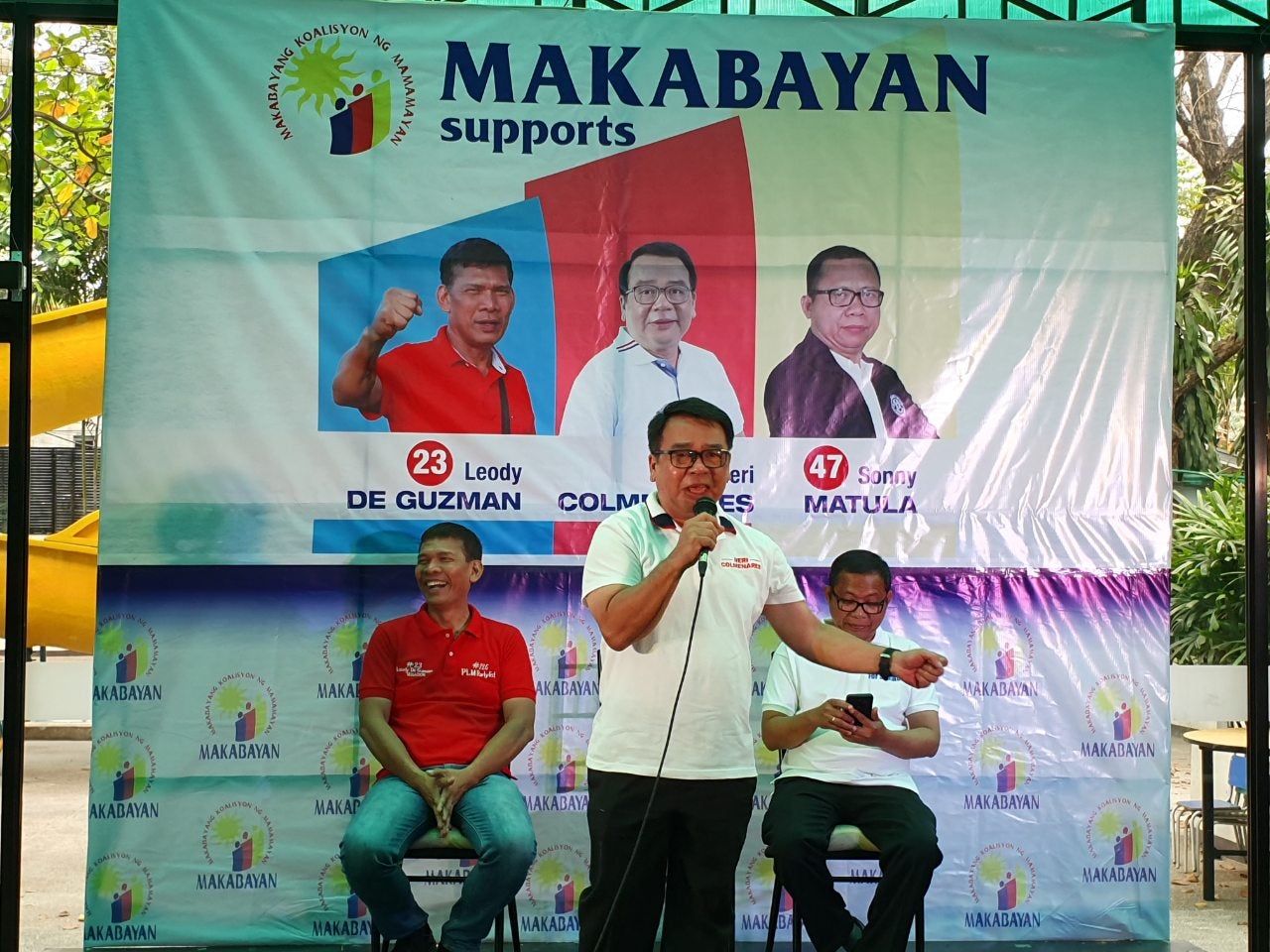 MANILA, Philippines —The Makabayan Coalition on Thursday included labor leaders Sonny Matula and Leody de Guzman to its list of senatorial bets for the May 13 midterm elections.

Makabayan President Satur Ocampo made the announcement during a gathering at the Quezon City Sports Club this morning, according to a news release from the group. This brings to 11 the number of candidates being endorsed by Makabayan “for an independent and pro-people Senate.”

Makabayan Secretary General Nathanael Santiago said the 11 senatorial contenders would “get the support of their 3 to 4 million voter base.”

Matula is the president of the Federation of Free Workers while De Guzman is the chairperson of the Bukluran ng Manggagawang Pilipino. They, including Makabayan senatorial candidate Neri Colmenares, are part of the LABOR WIN Coalition senatorial slate.

Colmenares said the addition of Matula and De Guzman in the Makabayan slate strengthens its stand to “ensure job security and increase the wages and incomes of the working people,” which is part of its six-point agenda.

1. Suspension or repeal of the provision on excise tax under the TRAIN law;
2. Ensure the security of tenure of workers and increasing the wage and earnings of workers and farmers;
3. Oppose Charter change;
4. Protect the rights of  women, human rights and due process for all;
5. Fight for Philippine sovereignty over the West Philippine Sea; and
6. Resume peace talks between the government and the National Democratic Front of the Philippines.  /muf