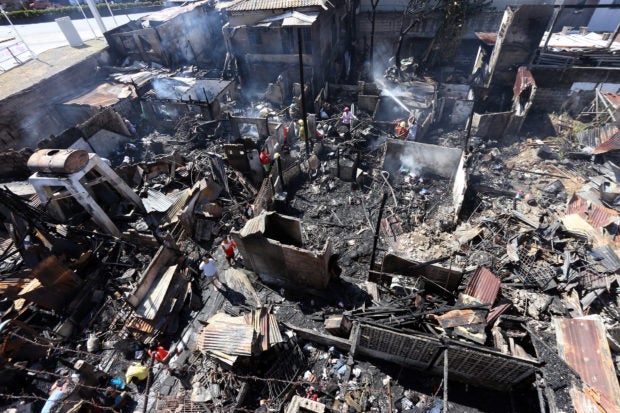 CEBU CITY — A 65-year-old man was killed while two others, including an infant, were wounded in a fire that hit a residential area on Tres de Abril Street, Barangay Labangon, Cebu City past 2 a.m. on Thursday.

Mario Abella failed to get out of his house where the fire broke out at 2:32 a.m., said Cebu City Fire Marshal Noel Nelson Ababon.

The fire spread to nearby houses, which were made of light materials, and destroyed 10 houses, said Ababon.

Ababon said his office had yet to determine the cause of the fire, but James Adorable, the grandson of Abella, said his grandfather was boiling water before the fire broke out.

“It was possible that Abella left the lighted stove unattended since James said his grandfather had a tendency to forget things,” he added.