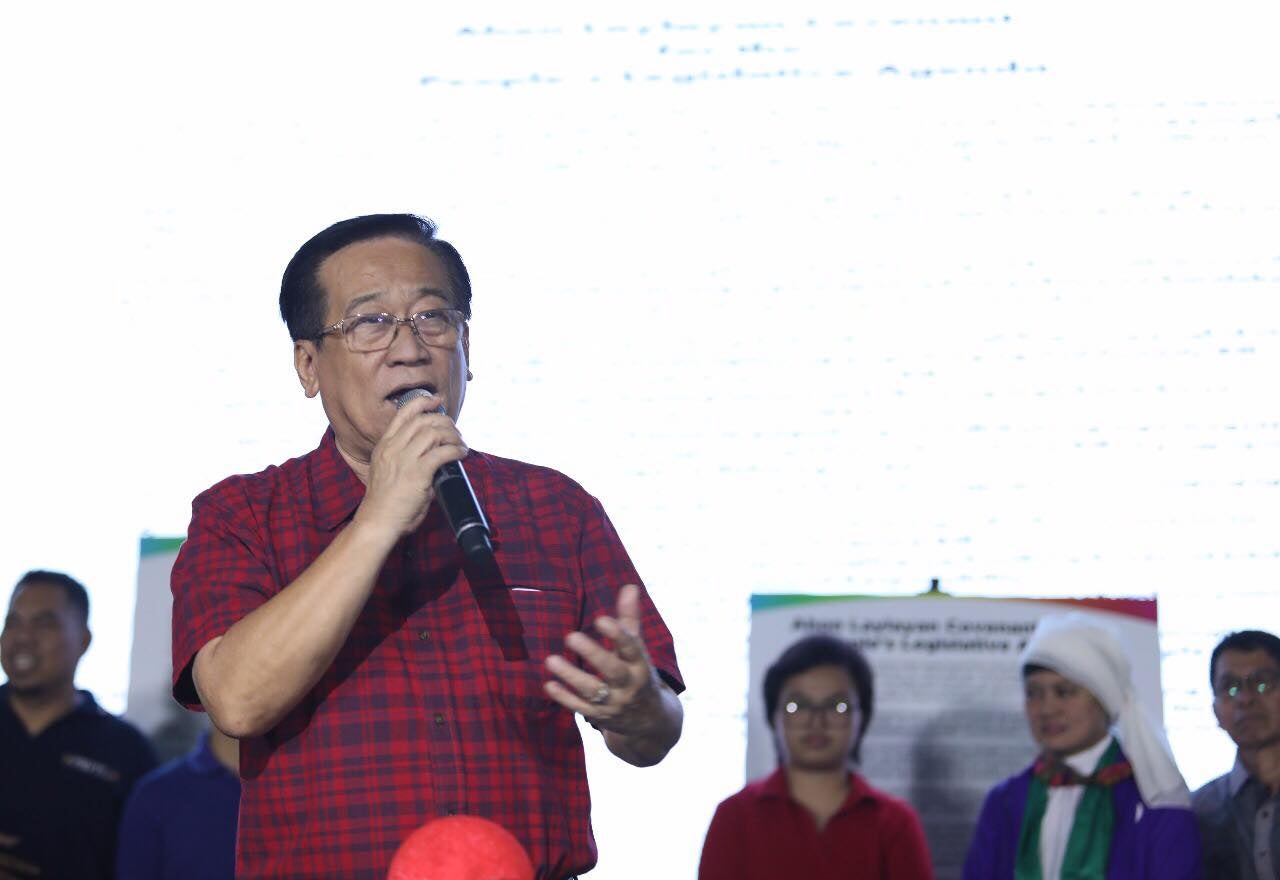 Election lawyer and Otso Diretso senatorial candidate Romulo Macalintal on Wednesday called on Catholics to stand up for their faith amid continuing attacks against the Church and its teachings, and assaults against religious workers.

At a press briefing, Macalintal called on the faithful to prove the existence of a “Catholic vote.”

“Members of other religious sects are enraged and would usually go out in the streets to show their anger whenever their Church is attacked,” he said.

“The Catholic faith has been under siege for so long, yet what are we doing?” he added.

Macalintal made the statement days after revelations made by three priests that they have been receiving death threats, supposedly due to their criticism of the government’s war against illegal drugs.

The former election lawyer said Catholics had to stand up for their faith, at a time the Church had been repeatedly maligned, and priests and bishops had been victims of attacks.

“And we have the President urging criminals to rob or kill bishops and his supporters are laughing, and gleefully applauding,” he said.

“Why have we Catholics been allowing this?” he said.

Macalintal said he was aware that calling out on Catholics may ruin his chances of winning in the senatorial race, but he said he would rather not win than bear in silence the insults against the Church.

“I call on my fellow Catholics to prove that we can stand up for our faith. Now is the time to act,” he said at a press briefing in Cubao, Quezon City.

A fellow senatorial aspirant, lawyer Chel Diokno, also called on the government to treat the threats against Catholic priests seriously.

“The government cannot anymore treat these threats as mere joke. It is the state’s duty to find out where these threats are coming from and to bring to the folds of justice those who are responsible,” he said.