Metro Manila, Rizal to go from dry to drier 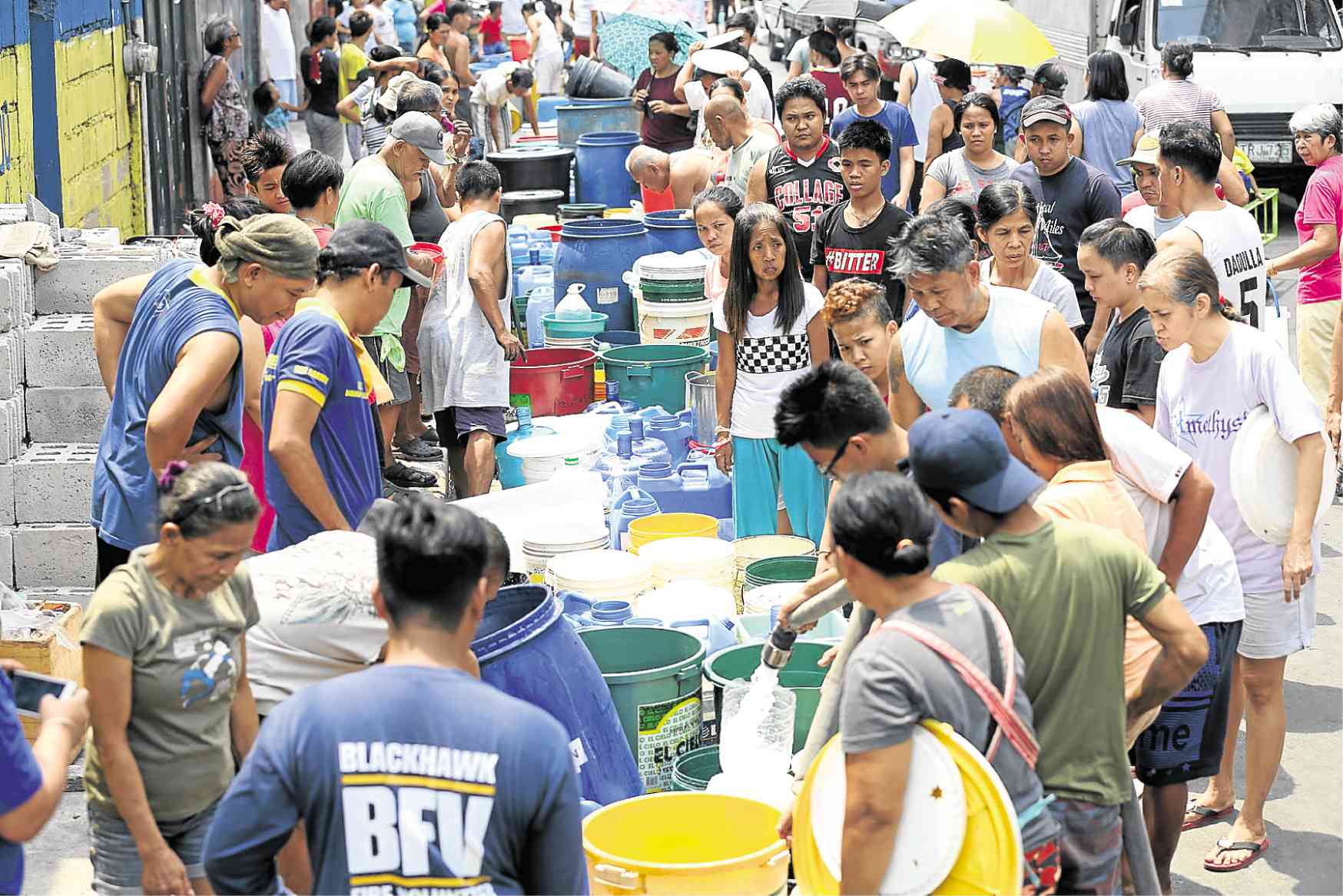 WAIT YOUR TURN Fights among people waiting in line, a Mandaluyong resident says, are common. They argue over who is first in line and how many containers one can fill up. —Joan Bondoc

Dittie Galang, Manila Water communications manager, said in an interview on Wednesday that the company would now close valves instead of simply adjusting water pressure as it did last week to address the shortage.

“Under the new scheme, water service interruptions will no longer be concentrated in certain areas but all of the east zone,” Galang added.

“Now we will be closing valves, shutting off water lines, for six up to 20 hours,” she said. “This will give us more control of the supply compared to simply reducing water pressure.”

When a valve is closed, it means there will be no water coming out of the tap, instead of a weaker stream when water pressure is weak.

When Manila Water first issued a public advisory about the supply situation on March 4, its management scheme covered only parts of Metro Manila and certain areas in Rizal province.

These included Marikina, Pasig, Quezon City and Taguig in Metro Manila in addition to the Rizal towns of Antipolo, San Mateo, Rodriguez, Taytay and Jalajala.

Asked why the effects of the current supply management scheme were felt in areas that were not supposed to be included, Galang said this was unexpected and did not show in their simulations.

According to Manila Water chief operating officer Geodino Carpio, the company is finalizing negotiations with Maynilad Water Services Inc. that will give it at least an additional 32 million liters daily (MLD).

Manila Water’s customers demand an average of 1,740 MLD, but the supply coming from Angat Dam is limited to 1,600 MLD.

The La Mesa Dam in Quezon City provides Manila Water a possible buffer stock of 50 MLD, but water level at the dam is now at a critical low level.

Manila Water is building the Rizal Province Water Improvement Project in Cardona town as part of its efforts to meet rising demand. However, completion of the project, which is expected to draw 100 MLD of raw water from Laguna de Bay, has been delayed.