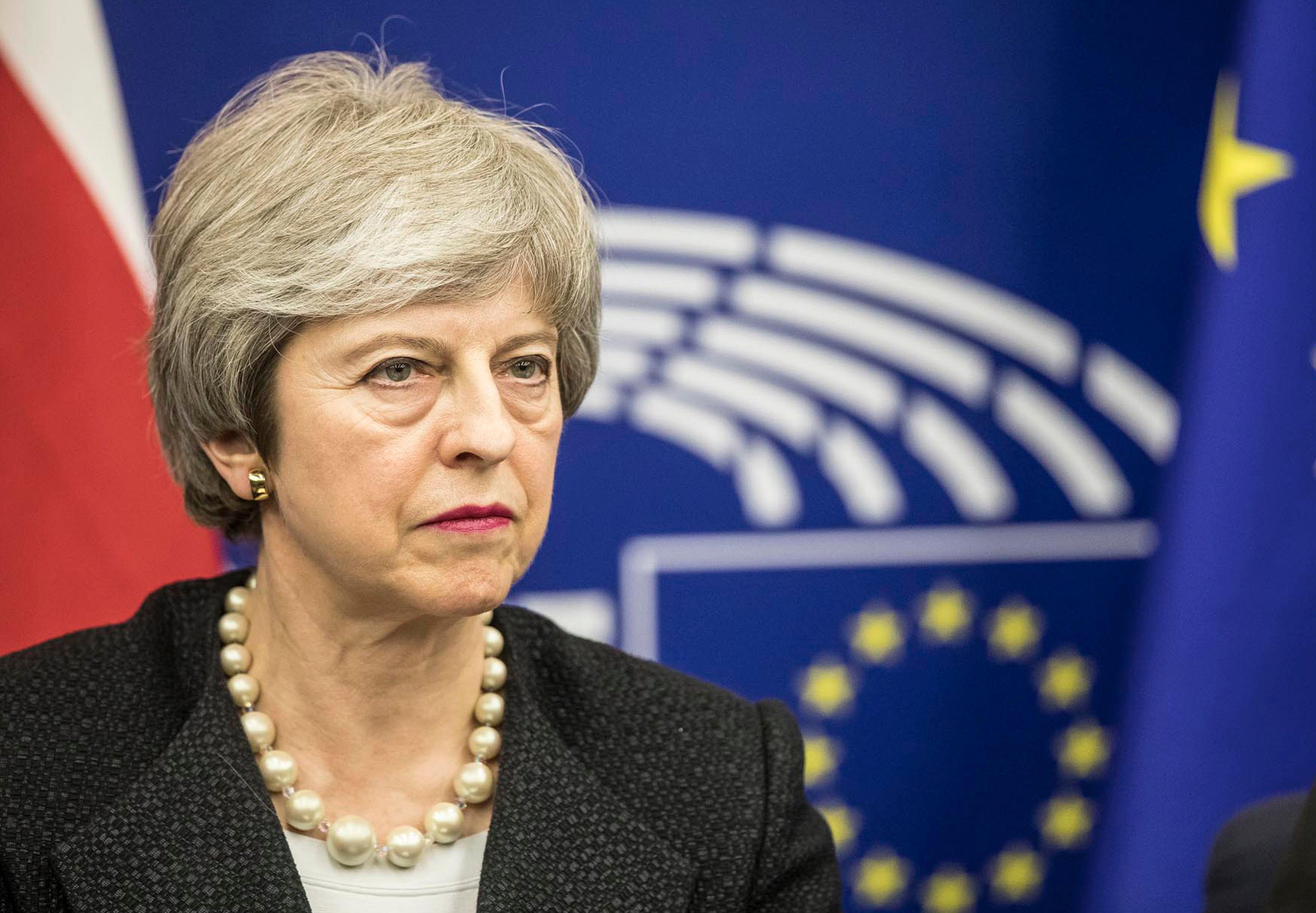 Britain’s Prime Minister Theresa May, speaks during a media conference after a meeting with European Commission President Jean-Claude Juncker at the European Parliament in Strasbourg, eastern France, Monday, March 11, 2019. Prime Minister Theresa May is making a last-ditch attempt to get concessions from EU counterparts on elements of the agreement they all reached late last year. (AP Photo/Jean-Francois Badias)

LONDON — British Prime Minister Theresa May faced continued opposition to her European Union divorce deal Tuesday despite announcing what she described as “legally binding” changes in hopes of winning parliamentary support for the agreement.

The House of Commons will vote later in the day after last-minute talks with the European Union produced assurances the deal couldn’t be used to tie Britain to the bloc indefinitely. Attorney General Geoffrey Cox raised this concern when the agreement was presented to Parliament in December, and many lawmakers are now waiting for his legal opinion on the new provisions.

Both Keir Starmer, the opposition Labor Party’s Brexit spokesman, and Conservative lawmaker Dominic Grieve expressed skepticism about whether May had won substantive concessions.

“Having studied the documents, I would be surprised if they are sufficient to enable the Attorney General to change the central plank of his December legal advice,” Starmer said on Twitter.

May flew to Strasbourg, France, late Monday for talks with European Commission President Jean-Claude Juncker. At a news conference following the meeting, they announced changes designed to overcome lawmakers’ concerns about provisions designed to ensure the border between EU member Ireland and Britain’s Northern Ireland remains open after Brexit.

The so-called backstop is an insurance mechanism that would be implemented only if Britain and the EU can’t agree on the terms of their future relationship in the second phase of negotiations.

May said documents to be added to the deal provided “legally binding” assurances that the backstop would be temporary and that Britain would have a way to get out of it if the EU failed to negotiate in good faith. The two sides also agreed to continue working on technology that would do away with the need for border checks.

However, the text of the 585-page withdrawal agreement remains unchanged.

“In politics, sometimes you get a second chance. It is what you do with this second chance that counts. Because there will be no third chance,” Juncker warned.

“Let’s be crystal clear about the choice: it is this deal or Brexit might not happen at all,” he said.

Brexit-supporters in Britain fear the backstop could be used to bind the country to EU regulations indefinitely.

May said the new wording “will guarantee that the EU cannot act with the intent of applying the backstop indefinitely.”

“Now is the time to come together to back this improved Brexit deal and deliver on the instruction of the British people,” she said.

Ireland’s leader, Leo Varadkar, said the developments were positive and that the deal agreed Monday night was “complementary” to the withdrawal agreement.

“The further agreement yesterday provided additional clarity, reassurance and guarantees sought by some to eliminate doubt or fears, however unreal, that the goal was to trap the U.K. indefinitely in the backstop,” Varadkar said. “It is not, these doubts and fears can be put to bed.”

Environment Secretary Michael Gove said it was “make your mind up time” for lawmakers. He told the BBC that the improved deal “ensures that we have additional legal weight behind our position.”

“It also ensures that, as in any agreement or any contract, if it is the case that one side — in this case the EU — seeks to act in a way that is not in accordance with their commitments then we can go to court and we can win,” he said. “We have also made a declaration as a nation that, should the EU behave in that way, that is exactly what we will do.”

Gove said he had not yet seen the attorney general’s legal advice.

“It will be published. If the House of Commons wants to question him, there are means by which they can do so.”

The House of Commons overwhelmingly rejected the original agreement in January. May has been seeking changes from the EU that might persuade enough lawmakers to back the deal. /kga