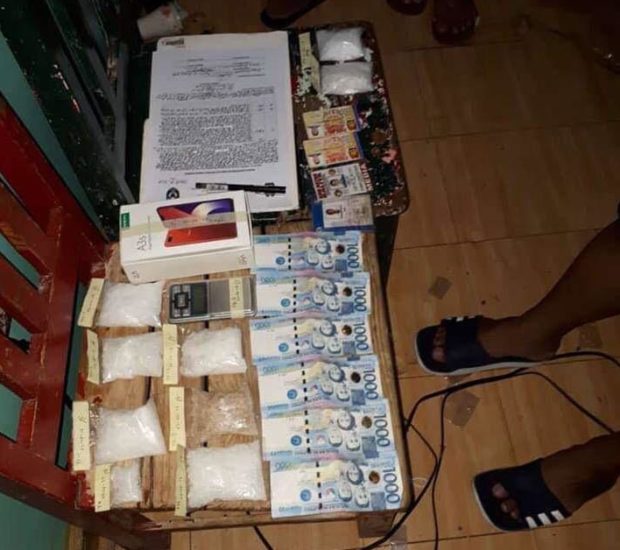 PHOTO from the Manila Police District

MANILA, Philippines — Over P2.7 million worth of suspected “shabu” (crystal meth) were recently confiscated by the police in a buy-bust operation against four suspected drug personalities in Malate, Manila.

The Manila Police District on Monday identified the four suspects as Yasser Haron, Kaharodin Galay, Tata Macmod, and Smokey Musa. All four were not in the locality’s drugs watchlist.

Police said the suspects were arrested on March 8 and went through inquest proceedings on Sunday before the Manila City Prosecutor’s Office.

Authorities confiscated during the raid nine medium-sized packs of suspected “shabu” weighing a total of 397.46 grams and said to be worth P2,708,628.

The suspects are facing cases in violation of the Republic Act 9165 or the Comprehensive Dangerous Drugs Act of 2002, according to the police. /ee