Hunt on for 3 men behind skinning, slay of Cebu student | Inquirer News

Hunt on for 3 men behind skinning, slay of Cebu student 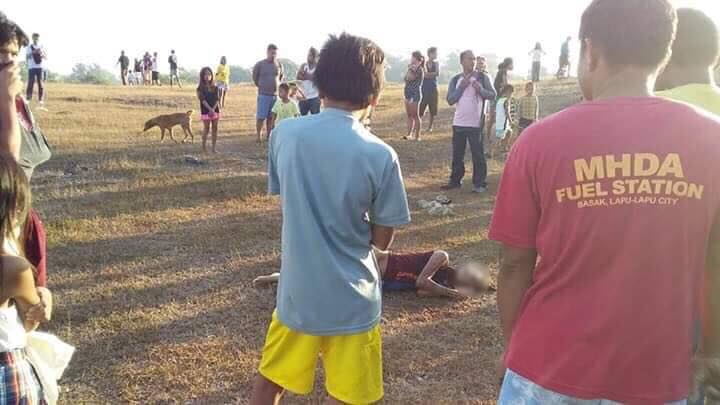 CEBU CITY — The police are looking for the three men tagged as behind the gruesome killing of a 17-year-old girl,  who was believed to have been raped before her face was skinned and her body dumped on a vacant lot in Barangay Bangkal, Lapu-Lapu City, Cebu.

“We have witnesses who said three men were seen with the victim. We are now tracing their whereabouts,” he said.

Silawan, a resident of Sirio Soong I in Barangay Mactan, Lapu-Lapu, failed to come home on Sunday after she asked her mother’s permission to go to church.

Obon said the victim was a collector during Sunday Masses.

The worried mother reported to the police that her daughter failed to come home on Sunday.

On Monday morning, the police received a report about the body of a young woman dumped on a vacant lot in Bangkal.

The police then informed the girl’s mother who identified her through the shirt that she wore.

The girl’s face was skinned to the bones, exposing her skull and was naked from the waist down.

Obon said it was possible that the girl was raped but the police had yet to get official findings from the medico-legal officer.

It was also possible that the perpetrators were under the influence of illegal drugs because of the brutality of the crime.

READ: Lot where the body of church collector was found is a common ‘dating place’ of young couples