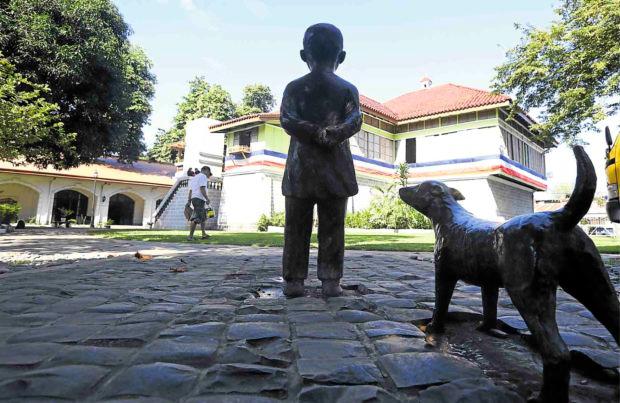 This photo, taken on Dec. 30, 2017, shows a statue of the young Jose Rizal at the grounds of the two-story Rizal home in Calamba. The national hero’s hometown topped the list of Southeast Asian cities with the cleanest air, according to a report that came out in March 2019. (Contributed photo)

That fact that 11 cities in the Philippines made it to a list of 15 top Southeast Asian cities with the cleanest air should be “no cause for celebration,” according to environmental watchdog Greenpeace Philippines.

“In fact, the report highlights the urgent need for more comprehensive, governmental, real-time monitoring networks for the public to fully understand the state of air quality in the Philippines,” Greenpeace Philippines campaigner Khevin Yu said in a statement issued on Saturday.

Calamba in Laguna topped the list of regional cities with the cleanest air in 2018, according to Swiss-based AirVisual 2018 World Air Quality Report.

Following are the rankings of the other cities, including those in neighboring countries, in the top 15:

The report studied measurements of particulate matters known as PM2.5 that can enter the human respiratory system which can cause a number of health problems.

“Anyone in the country who has been in cities and main thoroughfares of Metro Manila and Calamba knows that we have air pollution problems,” Yu said.

Greenpeace Philippines also discussed that with “lack of clear air monitoring systems” in the country, the study had to rely on the use of only one or two devices in the 16 cities highlighted, most of which are not located near coal-fired power plants.

The group also estimates that coal plant emissions killed 2,400 Filipinos per year, citing a 2016 study carried out at Harvard University, entitled, “Coal: A Public Health Crisis. Diseases and deaths attributed to coal use in the Philippines.”

“The report, therefore, represents only a small fraction of the air pollution situation in the country. Given the previous alarming studies related to coal emissions, it is imperative to conduct more thorough and comprehensive research in cities near coal power plants and other sources of air pollution,” Yu said.

With this, Yu called on the Philippine government to improve air pollution standards and to set up accessible monitoring systems to combat pollution around the world.

“As Greenpeace has done in Thailand, we are urging the Philippine government to improve our air pollution standards, and put publicly accessible monitoring systems in place for further research and legislative support to reduce pollution globally,” he concluded. /atm