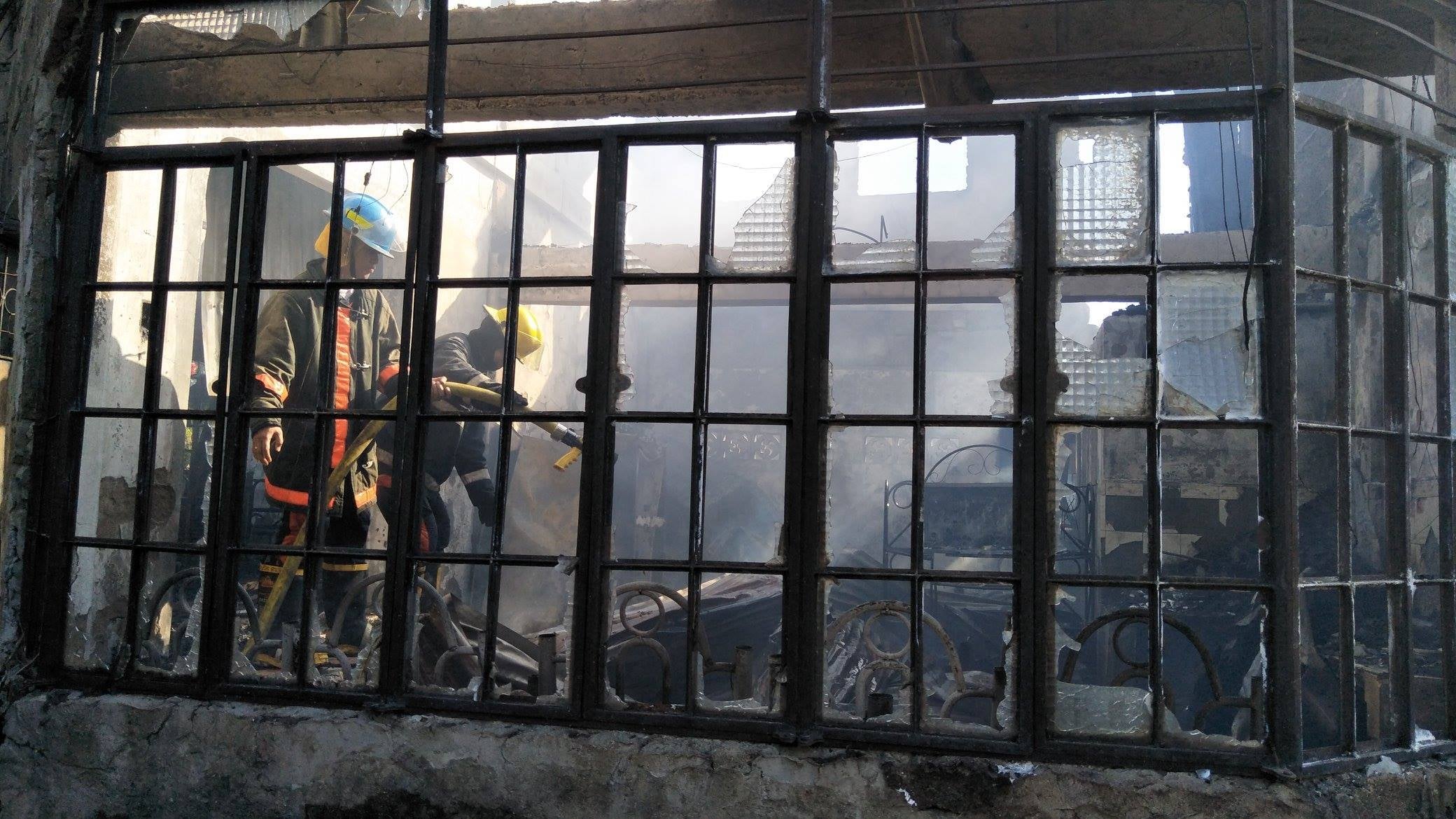 DEATH SCENE Firefighters in Calbayog City inspect what was left of a house where a 31-year-old man with Down syndrome was killed during a fire on March 7.—PHOTO FROM CALBAYOG Bureau of Fire Protection

ORMOC CITY — A 31-year-old man with Down syndrome was killed in a fire that razed his house and five others in the village of Dagum, Calbayog City, Samar, on Thursday.

Joshua Redullas was sleeping on the second floor of his house when the fire broke out around 1:28 p.m., according to Insp. Walter Magbutay, Calbayog City fire marshal.

His father, Emenio, 59, and a traffic enforcer, suffered minor burns when Emenio tried to get inside the house to save his son.

A neighbor, Juanito Navarro, suffered lacerations on the leg when he also attempted to get inside the house of the Redullases where the fire started.

Marquez said in a phone interview that the fire spread and destroyed five more houses and damaged another.

In Central Visayas, the Bureau of Fire Protection (BFP) has reported at least 313 fires barely three months into 2019.

Since January to March 6 alone, Cebu City fire marshal Nelson Ababon said his office had already recorded 313 fires. At least 73 of these happened in Cebu City.

Ababon said the figures were double the 150 fires reported in the same period in 2018.

At least three fires struck on March 6, barely a week after the launch of Fire Prevention Month on March 1.

Nine houses and a public utility jeepney were destroyed.

Ababon said people should be familiar by now with fire prevention measures.

“It is so easy to prevent fire,” he added.

Two of the more common fire prevention measures are to unplug appliances not being used and attend to your cooking, he said.

A fire that razed six houses in the village of Tejero in Cebu City on Wednesday was caused by an unplugged radio that overheated.

It was the third fire in Cebu City that day.

Also on March 6, three houses were destroyed in a fire that broke out on Pelaez Extension in the village of Sta. Cruz.

Past 6 p.m. of the same day, a jeepney caught fire on Salinas Drive in the village of Lahug.

No one was hurt in the fires, but officials said those should be reminders to people about the need to be aware about fire prevention.