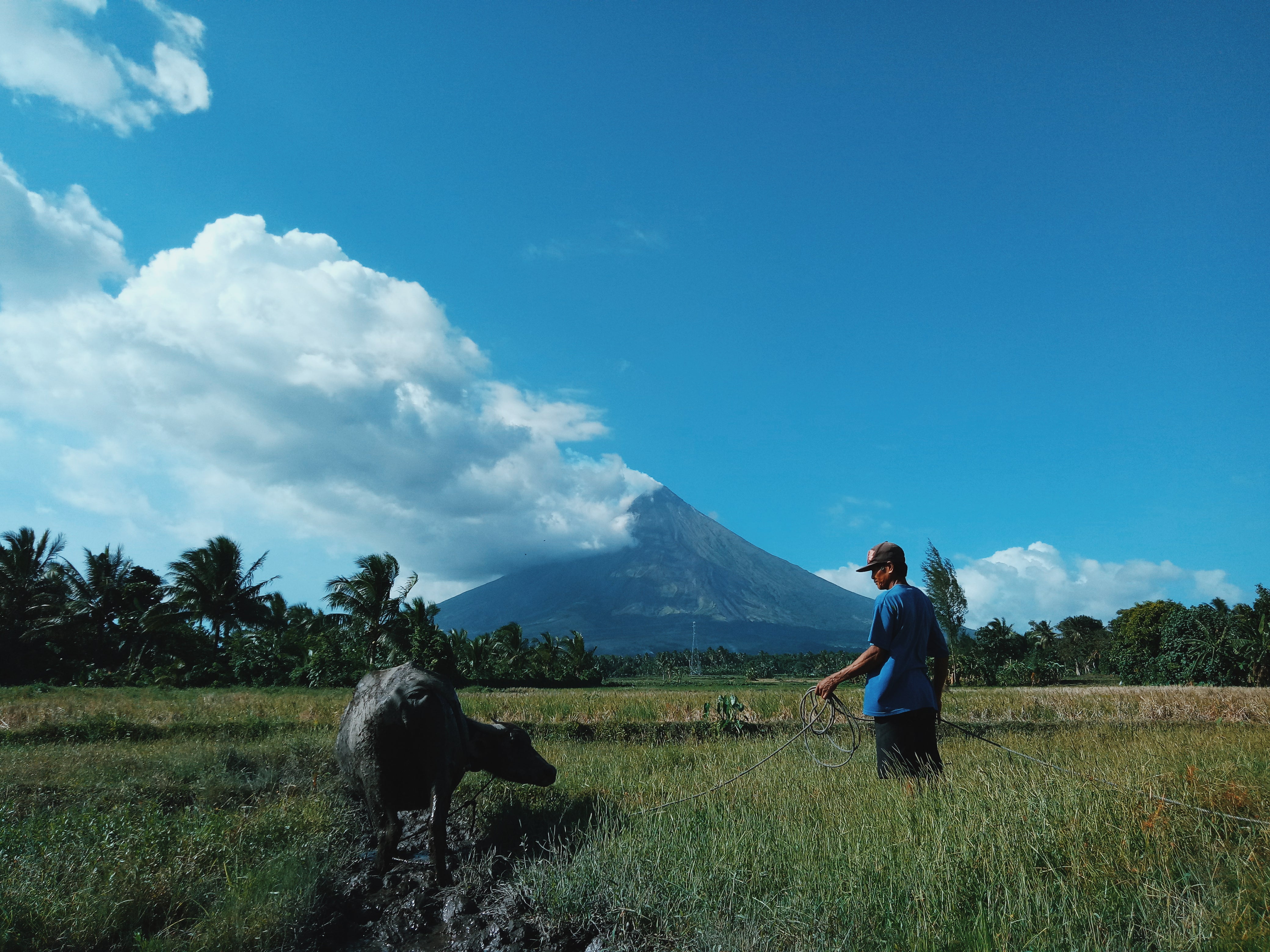 AT RISK Farmers, like this man in the village of Rawis, Legazpi City, face a difficult challenge as farms in the Bicol Region were projected to suffer from the impact of El Niño.—GEORGE GIO BRONDIAL

LEGAZPI CITY — At least 79,000 hectares of rice and corn farms, an area nearly 40 times bigger than Makati City, was at risk of drying up as a result of the El Niño phenomenon in the Bicol Region, according to agriculture officials.

The regional office of the Department of Agriculture (DA) projected damage on rice farms in at least six provinces in the region.

Emily Bordado, DA regional spokesperson, said the most vulnerable areas were rain-fed and upland farms and those at the tail end of irrigation systems.

She said at least 45,383 rice farmers and 29,000 corn farmers were at risk of suffering heavy losses as a result of the drought.

In Albay, the dry spell has started to make its effect felt in hundreds of hectares of farm lots in the towns of Oas and Libon.

Other reports reaching the DA said Castilla town in Sorsogon province, San Fernando town in Camarines Sur and at least half of Masbate province were now feeling the effects of the dry spell.

Bordado said the DA had already prepared measures to cushion the impact of El Niño on farmers.

These included the convening of the El Niño Task Force that firmed up three strategies to help farmers cope with the dry spell.

One of these was to distribute rice, corn and vegetable seeds to farmers in areas less vulnerable to El Niño.

Another was to subsidize fuel expenses for water pumps and distribute pesticides.

The third was to rehabilitate farms that suffered from the drought.

Bordado said El Niño was also likely to affect livestock and poultry production which prompted the DA to stock on vitamins and medicines to treat animals suffering from heat stress.