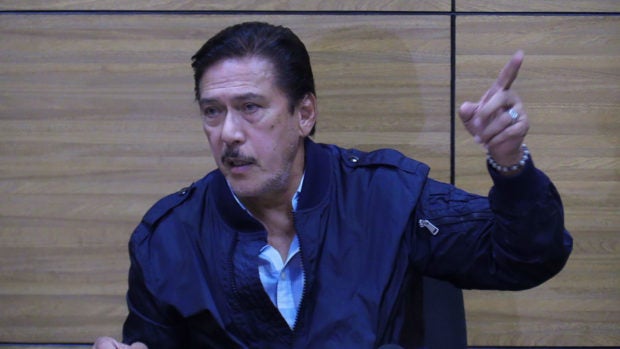 Sotto cited that the Presidential daughter meant that some candidates or politicians are fond of “pambobola” or fooling its voters.

For instance, some politicians are making fake promises to voters during election season, Sotto explained.

On Wednesday, Duterte-Carpio said “honesty should not be an issue” as all candidates are liars anyway.

“They deliberately say false statements on stage about and against the administration of President Duterte. So lahat sila sinungaling. Lahat ng tao sa mundong ito, sinungaling (So they are all liars. Everybody lies),” she said.

The Presidential daughter said this because she was defending Christopher “Bong” Go, one of Hugpong ng Pagbabago (HNP) senatorial candidate, from allegations of using public funds for his campaign.

Meanwhile, Senator Sherwin Gatchalian stressed that honesty is a basic requirement for those running for office.

“I think basic ang honesty — ang tapat sa paglilingkod pagdating sa pagpipili ng kandidato,” Gatchalian said in a separate interview with DWIZ, noting that he did not know the context behind Duterte-Carpio’s statement.

The senator added that the public needs a candidate that can be trustworthy and has no corruption cases.

‘Honesty’ non-issue in polls? Palace: No stand, but Sara has right to own view