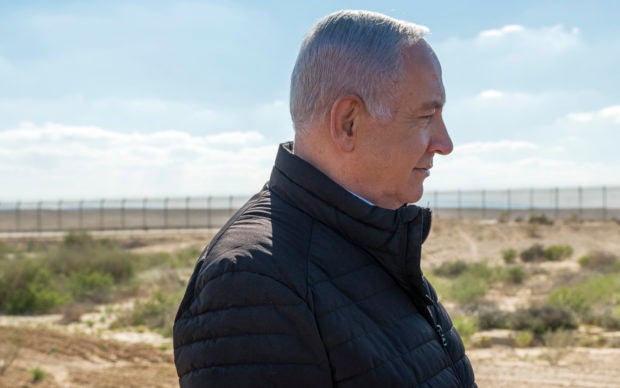 JERUSALEM — Israel’s prime minister is portraying an Arab lawmaker, Ahmad Tibi, as a threat to national security in a campaign that critics say questions the loyalty of the country’s Arab citizens ahead of April elections.

Benjamin Netanyahu has been slumping in the polls after the announcement of his pending corruption indictment.

The prime minister has been repeating a campaign mantra, using his own nickname: “Bibi or Tibi.” The slogan highlights Netanyahu’s efforts to paint his challengers as conspiring with Arab Israelis and a hostile media to oust him.

Tibi says he is concerned about what he views as Netanyahu’s attempt to demonize Israel’s Arab minority.

Arabs make up about 20 percent of Israel’s 9 million residents. They hold full citizenship rights but have faced decades of discrimination. /jpv