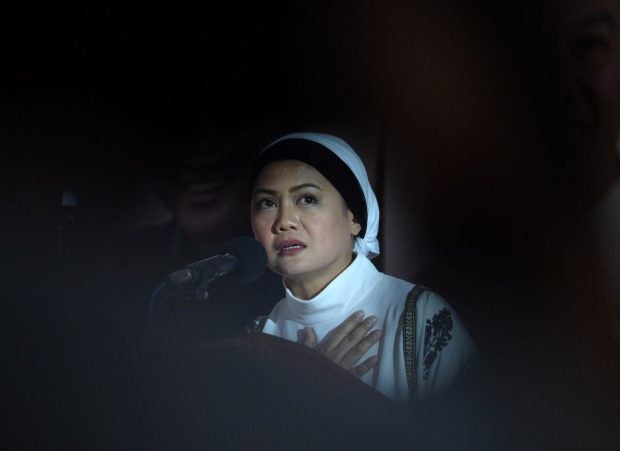 MANILA, Philippines — There is a need to include women in combatting terrorism and in the decision-making and discussion of peace and security issues in the country, opposition senatorial candidate Samira Gutoc said on Friday as the country celebrates the International Women’s Day.

“We have to make our country’s peace and security agenda inclusive for the women who are often marginalized, and are its biggest victims, in these areas. Women have the skills, wisdom, capability and passion to ignite concrete and positive change in the security issues we are currently facing,” she added in a statement.

“We are more than what the rape jokes, the sexist and macho remarks paint us to be. We are women, and we can!” the former journalist added.

Gutoc, who vows to push for bills that would require local government units to establish local Women’s Councils as well as a comprehensive anti-discrimination bill, has been advocating for the local implementation of the landmark United Nations resolution on Women, Peace, and Security No. 1325 adopted on Oct. 31, 2000.

According to the UN, the resolution “reaffirms the important role of women in the prevention and resolution of conflicts, peace negotiations, peace-building, peacekeeping, humanitarian response and in post-conflict reconstruction and stresses the importance of their equal participation and full involvement in all efforts for the maintenance and promotion of peace and security.”

Resolution 1325 further “urges all actors to increase the participation of women and incorporate gender perspectives in all United Nations peace and security efforts.”

‘Choose those who respect women’

“Times are different: Rape and misogyny have become regular topics of joke. Crimes have been normalized. Women’s dignity has been under attack,” Pangilinan added.

The lawmaker and Liberal Party stalwart then congratulated Gutoc for being one of the N-Peace 2019 awardees by the United Nations Development Programme (UNDP) Asia-Pacific.

Yearly, the N-Peace recognizes the powerful stories of peacebuilders and activists in the region who embody the women peace and security (WPS) agenda.