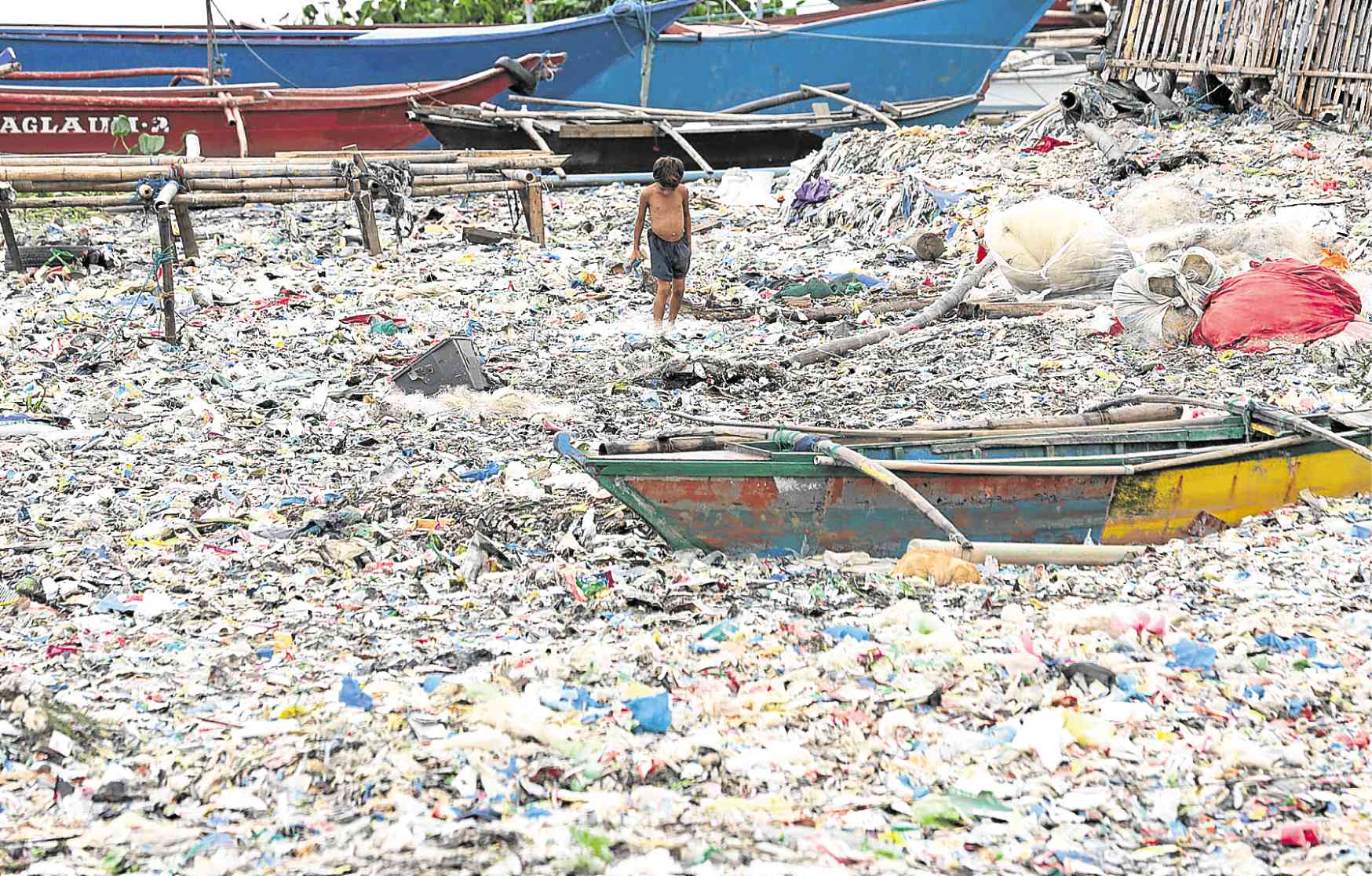 If Filipinos keep on throwing away more than 163 million plastic sachets daily, Metro Manila will be covered almost knee-deep in plastic waste in one year, an environment group said on Thursday.

Global Alliance for Incinerator Alternatives (Gaia) described the environmental nightmare as it released findings of its five-year trash audit, a week before a meeting of the United Nations Environment Assembly to discuss plastic pollution.

“The problem is the huge amount of single-use plastics being produced—not just the way waste is managed,” said Froilan Grate, executive director of Gaia Asia-Pacific.

The audit, which was conducted by Mother Earth Foundation (MEF), collected trash samples from households in 21 selected sites across the Philippines, including six cities and seven towns.

According to the report, the average Filipino uses 591 pieces of plastic sachets, 174 shopping bags and 163 plastic “labo” (translucent) bags yearly.

The study was meant to “expose” the role of manufacturers in the global proliferation of plastic waste, and “unmask” how the industry has supposedly passed on the blame for the disposal and cleanup of waste to local governments.

Cities and towns deal with a greater number of “branded” plastic waste—comprising about 54 percent of total residual waste—than “unbranded” plastics, it said.

Ten companies are responsible for 60 percent of “branded” plastics and four multinational companies account for 36 percent.

“Plastic is a pollution problem, and it starts as soon as the plastic is made. The only way to manage single-use plastic is to make less of it,” Grate said.

The sheer volume of trash is “beyond the capacity of local governments to manage,” Mendoza said.

Under Republic Act No. 9003, or the Solid Waste Management Act, local governments are tasked with solid waste management in their respective areas.

Local governments can use the data to ban or regulate the use of plastic packaging and to compel companies to acknowledge their liability for plastic pollution, Mendoza said.

Von Hernandez, national coordinator of Break Free From Plastic, said the study reinforced the need to pass on the burden to manufacturers.

“They have been successful in framing the narrative that the problem of plastic pollution has always been about government’s improper waste management and a problem of discipline among Filipinos,” he said. “It is high time we change that.”

The study called on the government to regulate the production and use of single-use plastics, and pressed manufacturers to find alternative means of packaging products.

Organic waste accounted for more than half of the waste produced in the Philippines, which supposedly affirmed organic waste management as an “important strategy” to create “substantial waste reduction” for local governments, it said.