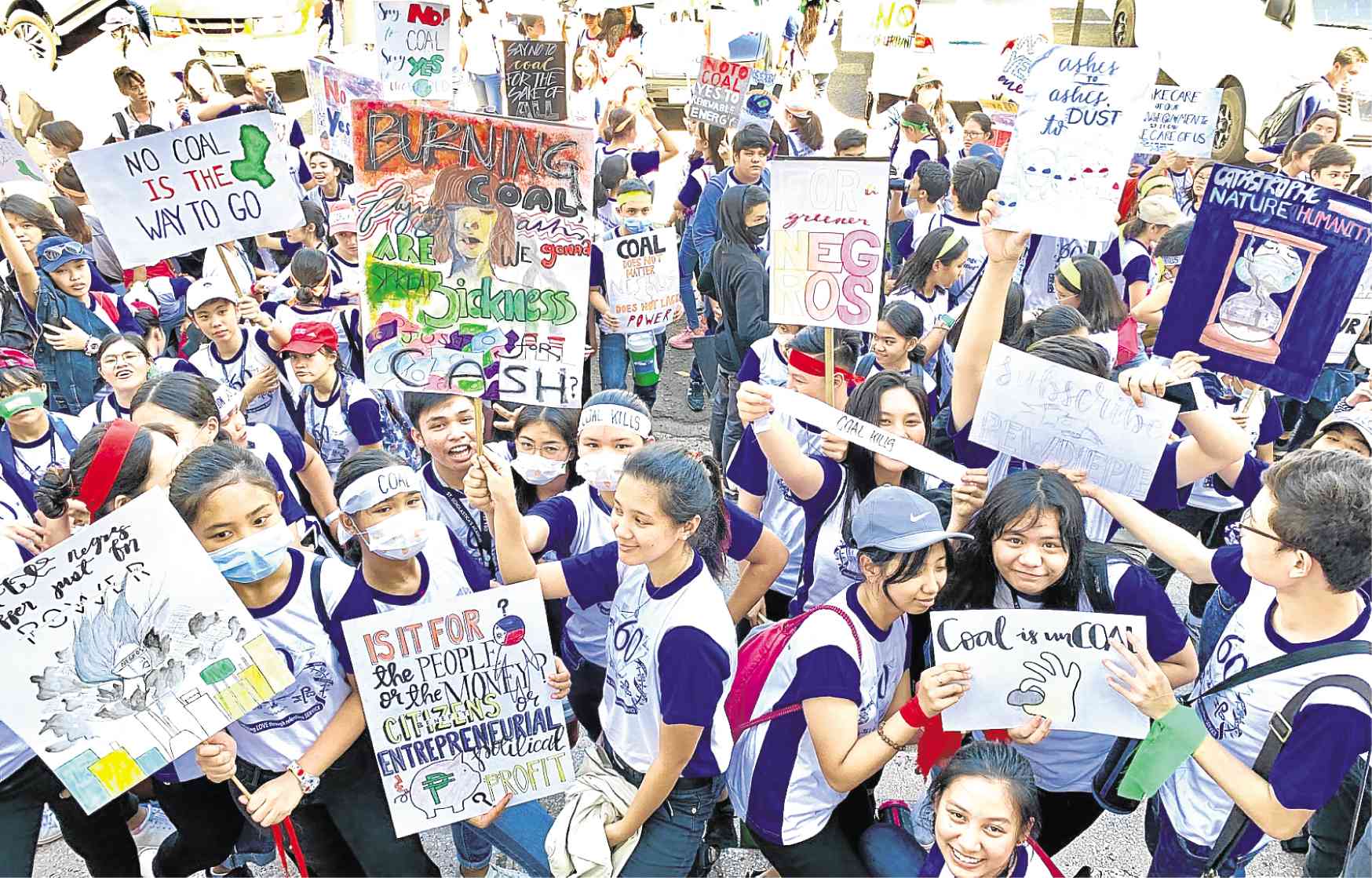 YOUTH VOICE Students of St. Scholastica’s Academy in Bacolod City voice their opposition to coal-fired power plants through handmade posters they displayed in a rally in front of the Negros Occidental provincial capitol. —RONNIE BALDONADO/CONTRIBUTOR

“The province of Negros Occidental will continue to pursue clean and renewable energy projects and oppose the establishment of any coal-fired power plant,” Marañon said in Executive Order No. 19-08.

Through the EO, the governor asked the provincial board to pass an ordinance that would oppose any move to put up a coal-fired power plant in any part of the province.

He said more countries had been decommissioning their coal-fired power plants due to the damage these bring to the environment.

The provincial board, however, has yet to act on Marañon’s request.

On Wednesday, about 2,000 protestors, mostly students, gathered in front of the provincial capitol in Bacolod City to call on the board to ban coal plants in the province.

“Both governors of Negros Island have declared [the island] coal-free. We hope we, citizens, continue to be vigilant and do our part to keep the whole Negros clean and green,” San Carlos Bishop Gerardo Alminaza said.

Alminaza and the three other bishops of Negros Island last year issued a joint pastoral statement opposing the construction of a coal-fired power plant in San Carlos City.

The San Carlos bishop said he was grateful for Marañon’s declaration and hoped that the board would support it.

Marañon, through the EO, created a Provincial Renewable Energy Council (PREC), which would formulate measures encouraging renewable energy programs for a greener and energy-sufficient province.

The council will recommend renewable energy programs, facilitate their implementation and ensure that these conform with the Renewable Energy Act of 2008. It is also tasked to monitor projects contrary to Marañon’s executive order.